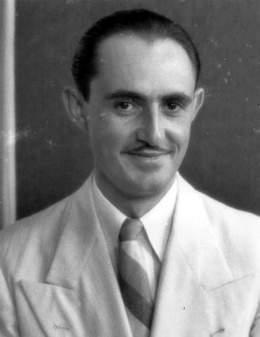 Washington.– A court case stemming from a decades old murder of a Columbia University professor may torpedo Mueller and prevent him from publishing a report on so-called Trump-Russia collusion.

Although the court case is completely unrelated to Mueller’s witch hunt, it may prevent him from publishing a report from information obtained by a Washington grand jury.

A Washington appeals court is scheduled to hear the murder case next month and if they side with the DOJ and rule that the judge cannot release any grand jury information, it could derail Mueller from releasing his Russia report, according to legal experts.

This ‘sleeper’ case could also prevent Mueller from giving a Russia report to Congress.

We all know Mueller and the Democrat-Deep State cabal is gunning for Trump and their ultimate goal is to impeach the President.

“It is a sleeper case,” Harvard Law professor Alex Whiting said. “If the D.C. Circuit were to accept the Department of Justice’s arguments…that would have potentially enormous implications for the future of the information from the Mueller investigation. That could close out a path by which that information becomes public.”

The case at the appeals court was brought by attorney and author Stuart McKeever, who has spent decades investigating the disappearance of Jesus Galindez, a Columbia university professor and political activist who vanished in New York City in 1956. His body was never found, but there are indications that he was kidnapped and flown to the Dominican Republic, where he may have been killed.

McKeever, 82, wants a judge to release secret testimony given to a DC-based grand jury that investigated Galindez’s disappearance. But the Justice Department argues that judges don’t have “inherent authority” to release such information unless it falls under exemptions approved by Congress, which don’t apply in the Galindez case — or in many others, including potentially Mueller’s investigation.

“I’ve been on the journey almost 40 years to tell this story,” McKeever said Sunday in a phone interview from his South Carolina home. “The Justice Department does not want this case to break the dam.”

The arguments in McKeever’s case next month will take place at the D.C. Circuit Court of Appeals in Washington — two floors above where Mueller’s grand jury meets.

Then there are the midterm elections…

If the Democrats take the House in November, the House Judiciary could subpoena Mueller’s report as part of an impeachment probe because of a 1974 DC Circuit ruling, reported Politico.

If Republicans keep the house, a subpoena is less likely therefore Mueller would have a problem given the federal court rule that ensures grand jury secrecy.

According to Politico, last week the judges on the DC Circuit court were announced and they lean right:

Adding to the political drama around the McKeever case: the judges drawn to decide it. The three-judge panel announced by the court last week leans Republican, which is unusual since most of the D.C. Circuit’s active judges are Democrats. In addition, the panel will include the appeals court’s only Trump appointee, Judge Greg Katsas. Also assigned to the case: Judge Douglas Ginsburg, a Reagan appointee, and Judge Sri Srinivasan, an Obama appointee.

Of course Mueller is prepared to fight this hurdle as he won’t let anything get in his way of attempting to get Trump removed, which is his ultimate goal.

One thing is for sure–this is going to be one explosive Autumn in the D.C. swamp.