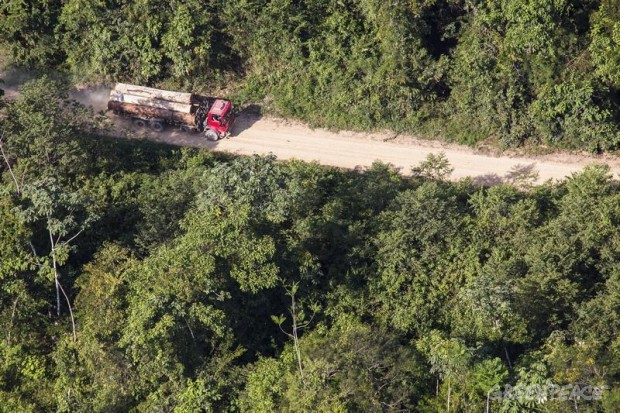 Over the next two weeks, Ministers, officials, non-governmental organisations, corporate lobbyists and protestors from around the world will assemble in Katowice, Poland. There, whether inside or outside the conference halls, they will participate in the twenty-fourth United Nations led Climate Change Conference, known as COP24.

The formal objective will be to turn the commitments made in the 2015 Paris Climate Agreement into a work programme and to determine how funding committed by wealthier nations – originally US$100bn per annum –  might be sustained and better delivered to poorer countries.

This annual event has become something of a circus in which outcomes are agreed but implementation and adherence to commitments have become optional for some nations. This is despite the issue being  genuinely existential for the Caribbean and other low-lying small island and coastal developing states in regions such as the Pacific or the Indian Ocean.

While most developed nations accept the science of climate change and see the need for adaptation and the adoption of measures that might mitigate global warming, much has changed in the world since the Paris Agreement was reached.

Most notably the US has adopted inward-looking nationalistic policies and has ceased to see utility in interdependence or the role of multilateral institutions unless they wholly support its economic and political goals.

To make matters more complex, Brazil will soon have a government that sees its stewardship of the global environment as less relevant. Brazil’s President elect, Jair Bolsonaro, has said that he intends abandoning his predecessor’s plans to host the 2019 UN climate change talks and is threatening, when he takes office on January 1, to permit parts of Brazil’s protected Amazon rainforest to be converted to agriculture: a measure, leading scientists say could at worst, end the country’s role as a global carbon sink and have severe and widespread climatic consequences.

For the Caribbean, a low or no carbon emitter, these developments are particularly problematic as recent studies indicate that the world is unlikely to meet the figure advocated by small island developing states (SIDS), that say for them to endure, global warming must be kept at no more than 1.5 degrees Celsius above pre-industrial levels.

At COP24 the region will again combine with other like-minded states when it comes to voting and lobbying.  CARICOM and Caribbean governments will also point to the region being on the front line of climate change and its experience of hurricanes, sea surge, coastal erosion, coral bleaching and other climate change related phenomena.

Unfortunately, it has no power to enforce outcomes.

All of which makes significant remarks by Jamaica’s Prime Minister, Andrew Holness, who recently suggested the need to refocus global attention on the practical inf the shape of the need to fund and build resilience.

Speaking at a conference in Washington organised by the IMF, he suggested that a new paradigm was needed. He argued that innovative financing responses were required to build resilience that could involve public/private partnerships, new insurance instruments, debt for adaptation swaps, the creation of risk platforms, or other solutions.

The case he made for doing so seemed to acknowledge that a higher degree of realism is now required about what is achievable on global warming and how future support might be mobilised. He appeared to be indicating that building the region’s long-term resilience would become more significant if only limited agreement on addressing climate change was achievable.

Noting that the cost of repeated natural disasters made Caribbean’s economic growth and prosperity much harder to achieve, Prime Minister Holness suggested that if the UN’s Sustainable Development Goals (SDGs) were to be met, measures would need to be taken “to reduce the vulnerabilities and build the resilience of small island developing states (SIDS).”

This will require, he said, “making new resources available for us to build the required resilience at the country, community and individual levels”

To achieve this he called on the  Caribbean to lead the way in crafting and implementing innovative approaches to funding, while reiterating the need for international development institutions to address the distortion caused by the use of GDP data to determine access to concessional finance.

Prime Minister Holness went on to emphasise the practical steps his government was taking. He spoke about how Jamaica had introduced disaster risk management into the country’s fiscal policy framework, changed its approach to urban planning to reduce risk, and had assessed its ability to finance the cost of recovery from high impact events.

Global warming, “has demanded that we revisit the way business is done with our multilateral partners and with how we manage our own finances”, he said: the inference being that Jamaica’s thinking may have a relevance to other indebted, climate change exposed nations.

Climate change is an issue on which the Caribbean has every reason to have its voice heard and be taken seriously. Fifty per cent of its population and almost all the region’s productive enterprise and infrastructure lies within 1.2 miles of the sea.

Hurricanes Irma and Maria in 2017 were salutary reminders to the world of the challenges that low-lying states with limited resources face, and the problems that middle-income developing countries have in  accessing the resources that in theory the Paris Climate Change accord promised.

Countries in the region are often accused of allowing mendacity to drive their foreign policy. However, the alternative financing route that Jamaica’s Prime Minister has suggested has the value, if developed, of creating partnerships that link indebtedness to development in practical ways that the international community ought to be able to buy into.

As this column has pointed out before, climate change can be of strategic importance to the Caribbean if it can utilise its financial flows to demonstrate approaches that owe more to the future than to the past. If the Caribbean can, as Prime Minister Holness suggests, develop practical proposals that link climate change, adaptation, development financing and indebtedness, the region will have done itself and its friends around the world a great service.