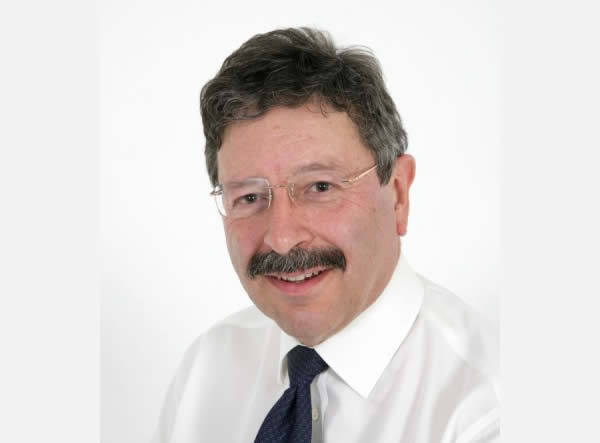 Until quite recently, such business associations in addition to their national, regional and sectoral role, regularly lobbied legislators and officials in Europe and North America about the practical implications of their actions on Caribbean industries and the region.

Unfortunately, since about 2000 most Caribbean private sector organisations in this respect have become almost invisible.

Although there are some notable exceptions – the Caribbean Hotel and Tourism Association (CHTA) is a good example – for the most part the private sector’s robust external advocacy on complex regulatory and other issues has all but disappeared. This has coincided, perhaps not coincidentally, with the advocacy and support offered by pro-Caribbean bodies in the US, Canada and Europe vanishing or diminishing as their own corporate support eroded.

The issue is of significance as it raises largely unasked questions about the ways in which the Caribbean private sector has changed, what type of institutions Caribbean enterprise might require in future to make its case, and what vehicle the region’s industries will use to respond when external parties take decisions affecting their commercial viability?

To be clear this is not about reintroducing past models within the region or beyond, but to suggest that a serious exploration is long overdue as to what has changed and what might be required in coming years.

Up to the millennium the region was blessed with a significant number of individual businessmen and women and private sector institutions able to make the private sector’s voice heard overseas in ways that complimented and supported the role of Caribbean governments.

These individuals were prepared to provide in-person briefings at home and abroad to legislators, non-governmental organisations, the media, academics and their overseas industry counterparts on matters that touched on the region’s future prosperity and security.

At its high point their engagement could be seen in the influence their actions had on the content of the US Caribbean Basin Initiative, the last-minute financial concessions forced out of the European Union by the rum, rice and sugar industries, and in texts which for the first time recognised the importance of services and especially tourism in trade agreements.

More personally it came in the form of memorable thought-changing encounters. For example their influence was apparent in a frank informal conversation in Washington about economic security between about twenty Caribbean business leaders and Colin Powell, the then US National Security Adviser, or when Derick Heaven, by then Chairman of Jamaica’s Sugar Industry Authority, delivered an address to the European Parliament in which he made clear that the region’s sugar workers must not to be made the “coal miners of the twenty first century”.

Surprisingly, the reasons why the region’s private sector is now absent from the field has not been publicly explored. It is however possible to point to some causes.

Firstly, there is no longer the same level of corporate financial support for such activities, probably because the personally committed regional leadership of the past came from family companies, now run by MBAs tasked with enhancing shareholder value.

Secondly, the big battles over trade and development, market access, and transition out of preference in the region’s main markets were fought and largely won by the late 1990s.

Thirdly, since then the Caribbean’s investment and trade relations have diversified dramatically, and the region has become services oriented, making the regulatory actions of traditional partners seemingly less relevant.

And fourthly, global political dynamics have changed, making the Caribbean until recently less strategically important, although this may be changing as the Trump administration seeks to address the economic influence of Venezuela, Russia and China and ‘socialism’ in the Americas.

Despite this, there are more than enough sectoral institutions representing industries from tourism to poultry, indigenous banks, brewing, services coalitions, as well as the rum, sugar, bananas and rice, that share common concerns, which could make viable a confederation that provides a platform that gives equal weight to each institution’s voice.

There is no shortage of external issues that such a regional body might address.

A few days ago, two members of the US House of Representatives introduced a bipartisan bill that seeks to roll over US Caribbean Basin Trade Partnership Act (CBTPA) until 2030. This allows for the duty and quota-free import of goods into the US made with US yarns, fabrics and thread from eight Caribbean countries. CBTPA, which expires next year, works in conjunction with the Caribbean Basin Economic Recovery Act (CBERA) which will require a new World Trade Organisation waiver by the end of this year.

Then there is the 2016 US Caribbean Strategic Engagement Act and the related 2017 US State Department and USAID submitted multi-year Caribbean strategy.  What has happened since is less than clear, but the bill’s co-sponsor, Congressman Eliot Engel, is now Chair of the House Foreign Affairs Committee and genuinely cares about the region.

In Europe, Brexit and the complexity of whatever regulatory regime follows in the UK also requires dialogue, and there is a need to cultivate new business-oriented friends in EU27’s Council, Commission and Parliament, the membership of which will change this year.

Beyond this there are a host of issues about which a unified Caribbean private sector voice and presence would have value. They include: the growing use of economic sanctions that impact on third countries business interests; unresolved issues relating to correspondent banking; the tightening of international rules governing financial transfers and cross border taxation; the graduation of Caribbean states out of aid and its implication for future economic support; the economic impact of climate change; the need for external support to address social policy failures particularly in education; and responding to the growing impact of crime and corruption.

This is not about employing highly paid foreign lobbyists, but about the Caribbean private sector deciding how in future it can design a mechanism that deploys its own people alongside governments, better using its more able lawyers and individuals and in its diaspora in North America and Europe in a well-coordinated manner. It is about the value that comes from overseas legislators, NGOs, the media and academia hearing at first hand in a timely manner an authentic private sector voice.

There are multiple relevant examples worth studying if a guide is required. The private sectors of the Dominican Republic, Mauritius and other nations have created effective influential bodies able to further their economic interests internationally. Leading business interests in CARIFORUM should consider doing the same.