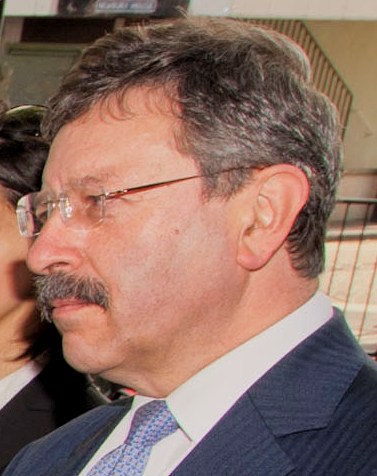 A few days ago, the British government published the text of the CARIFORUM-UK Economic Partnership Agreement (UK EPA) that will govern trade in goods and services with the Caribbean, assuming Britain leaves the European Union sometime later this year.

The agreement has the effect of replicating the intent and provisions of the 2008 EU-CARIFORUM EPA on a UK-only basis, but with some modifications.

It provisionally comes into force when either the UK finally leaves the EU – following a special summit in Brussels this is now meant to be by October 31 this year – or at an earlier date determined by the British Government and Parliament, if both can ever agree on the withdrawal terms.

So far, ten Caribbean nations have signed the UK EPA which offers the region the same level of duty free and quota free access to the UK post-Brexit for almost all CARIFORUM goods and replicates the UK’s services commitments. The Dominican Republic is expected to sign the agreement shortly having been able to address specific concerns relating to tariff rate quotas on milk powder, while Antigua, The Bahamas, Suriname and Haiti have indicated that they intend to do so once various national procedures have been completed

The new agreement also confirms that Caribbean tariffs on imported UK goods and services will continue to be cut in line with the reductions and provisions contained in the EU-CARIFORUM EPA, which continues indefinitely with the EU27.

The 342-page UK-EPA text and annexes are accompanied by 40-pages of explanatory notes which in part indicate where and in what way it differs from the partnership agreement the region already has with the EU.

Taken together these UK-related documents provide a unique legal framework guaranteeing Britain’s future bilateral political, trade and development relationship with the Caribbean.  More importantly it potentially offers the region the opportunity to advance and deepen the partnership.

By replicating all the existing institutions of the EU EPA in a bilateral EPA, the Caribbean should in future be able to regularly formally review and advance its ties in ways not provided through the existing biennial and less formal UK Caribbean Forum.

The new agreement means that in future there will be a Ministerial Joint Council, a Trade and Development Committee plus other working groups with the UK on agriculture, fisheries and technical issues. The new UK EPA will also see established a CARIFORUM-UK Parliamentary Committee and a CARIFORUM-UK Consultative Committee.

These latter two bodies, which seek to embrace and deepen the political relationship and links with civil society including the private sector, offer the opportunity, if used wisely and involving the Diaspora, a much-improved dialogue ,as to date such multilateral discussions within the context of the EU EPA have largely been too diffuse to be effective.

The explanatory notes make clear that the same political, development and other commitments made by Britain as a member of the EU continue, but in a UK context after Brexit.

They observe that the geographic coverage includes the UK’s Overseas Territories, while noting that the special rules relating to non-originating materials (cumulation) that presently apply to them continue. More specifically the explanatory document indicates the areas where special provisions had to be made when translating the EU EPA into a UK EPA. For example, the new agreement contains special arrangements for the cumulation of EU 27 inputs into UK and Caribbean exports, so that ‘EU content and processing can be recognised (i.e. cumulated) in UK and CARIFORUM States’ exports to one another’, thereby avoiding the loss of preference. There is also a special provision for sugar exports to the UK which suspends the adoption of the EU’s trigger price mechanism for five years subject to review.

More generally the same document demonstrates how the overall nature of trade between the UK and CARIFORUM, while small, has changed. It indicates that in 2017 while the UK imported in goods and services £1.7bn (US$2.2bn) and exported £0.8bn (US$1.05bn), services are now of much greater overall significance in trade flows than traditional exports.

As one might expect, the size of CARIFORUM services exports vary greatly from country to country, but total services exports to the UK the same year stood at £1.2bn (US$1.6bn) while goods exports – largely agricultural commodities, oil and rum – stood at £0.4bn (US$0.5bn).

Interestingly, the explanatory document contains a section on the ACP-EU Cotonou Convention which expires in 2020. While the Convention’s fundamental principles have been included in the UK-EPA, what it does not do is provide any indication as to how the UK intends addressing its ACP relationship after that date, assuming it has by then left the EU.

This perhaps implies that Britain intends moving towards separate relationships with Africa, the Caribbean and the Pacific, as well as with other parts of the world such as Central America, with which it is presently discussing replicating the existing EU association agreement.

Just as importantly, what the new EPA does not do is enable the free circulation of Caribbean goods shipped to the UK and then into the EU 27 after Brexit, unless Britain negotiates a customs union or similar arrangement. Nor does it speak to the implications of the UK crashing out of the EU and its stated intention of reducing almost all third country tariffs for twelve months to protect its consumers: a decision, if taken, that could undercut some Caribbean exports.

Britain is still far from determining how and when it will leave the EU despite its electorate having voted in June 2016 to depart. Since then the UK, to the world at large and to the dismay of almost all of its citizens whether they want to remain or leave, has slid into a surreal political realm in which nothing can be agreed.

Although the UK Parliament has taken a measure of control and a genuinely serious if belated exchange is taking place between Ministers and the opposition Labour Party, multiple and increasingly confrontational divisions over Brexit are fragmenting Britain’s political and social discourse.

The new UK-EPA is welcome, stabilising and potentially beneficial, but no one in the Caribbean should be under any illusion that Brexit’s divisions will likely last far into the future, with profound long-term political and economic consequences.