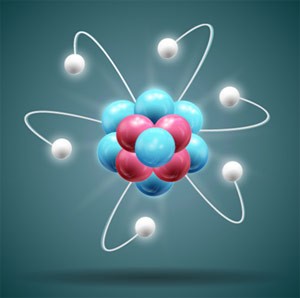 It’s easy to feel overwhelmed by the ongoing global situation. Not only is there, on the international level, an incoming global recession, an impending climate catastrophe and more wars than one could be able to justify in this supposed ‘advanced’ 21st century, there are also plenty of problems which become manifest in the personal level.

A job market that is increasingly looking for cheap labor translates to a loss of secure, good paying jobs – we in the west also face monumental problems closely related to social media abuse and isolationism, a continued exhausting and endless competition just to make ends meet and an increase in the superficial exchange of information – doctored pictures, bullet-point facts, cheap diplomas, in short, we are faced with a system that demands the impossible: continued excellence not only at one’s work, but also in one’s personal life.

Every single waking instant must be an instant in which no mistakes are committed, where all the information exchanged must simultaneously be flawless but no-too-troublesome for power structures and we must also look our best, feel our best and we must be better persons than we were yesterday.

These all looks quite nice and dandy from a certain distance, but as soon as you begin to zoom in, one soon finds out the inevitable cracks that surface when anything is exposed to the relentless passage of time. No wonder then, with all these pressures and horrors seen and felt both at home and abroad, that we are driven to find Masters, people who know Deeply Hidden Secrets that will help us find connections between the smallest minutiae, which will allow us to Become Ourselves.

When we Become Ourselves not only are we more efficient, in the now, we are also in the know. Being in the know allows us to discover the secrets of the universe and mind, those two mysteries which have haunted human beings since time immemorial. Given the pressure and grind of daily life as well as situation politique, wouldn’t it be wonderful to be able to shift through all the barrage of distractions and distortions to focus on what really matters, damn the system which will remain as it is no matter what we try?

So, we find ourselves faced with a tried and true tradition of those swindles and obscurantists who promise to turn lead into gold and alas we will be freed from this constant struggle which only ends when the nail hits the wood and we are all buried beneath the Earth. Swindlers are far from new, but the way they try and trick you has become ever more sophisticated as serious scientists and thinkers do the hard work of trying to actually discover where we came from and how we really work. Not a small task, given the difficulty of the subject matter at hand.

The new craze focuses on the real mysteries of quantum physics and the problems associated with trying to understand how it works. Talking seriously about physics is far from easy. Even the most brilliant minds in history, not only Einstein or Hawking but also Schrodinger, Bohr, Everett and many others have had a very hard time trying to understand quantum mechanics on its own terms, much less trying to connect quantum physics with the phenomena we see in daily life.

There are many problems associated with interpreting quantum mechanics, but the one most relevant for the purposes of swindlers is the phenomenon of wave-particle duality and observation.

The physicist has no way of knowing beforehand which of these patterns will be reflected until the experiment is observed. This is certainly counter-intuitive from our experiences in daily life where we know how things will look regardless of whether we are looking at them or not, if the current object behind you is a chair, the chair will be there even when you turn around and the look back at it.

Even in the case where we test bullet trajectories, we know even before looking at the results that wherever the bullet may hit, we know we are looking at bullet impacts, and not at impacts caused by rocks. To this day, there are physics are hard at work trying to find ways of making sense of wave particle duality.

There are many theories which range from the bizarre to the really mind-boggling, including a proposal made from Hugh Everett III who suggest that the particles we don’t observe actually go to another universe, implying that there could be an infinite number of parallel universes where the laws of nature follow strict deterministic rules.

To go into more detail than this brief account would be to go beyond the scope (and expertise) of this essay, but the main point to know is that virtually no physicist working today thinks that the results of quantum phenomena are explicitly related to human consciousness.

The phenomena of quantum physics are simply way too small, much smaller than the atoms we learn about from our physics courses in high school, to have any direct relation to the world in which people think, suffer and experience.

Given the complexity of the topic at hand, and how little we understand about the nature of the world, it is very easy for an opportunist to use the vocabulary of quantum physics such as ‘decoherence’, ‘entanglement’ and ‘wavefunction’ and use it ways that no respected scientist would ever dream of doing.

To further complicate matters, when it comes to human consciousness, our scientific knowledge in neuroscience is also very limited and very little of what is studied in the brain directly sheds much light on the consciousness human beings have.

Whether this will change in the future with the accumulation of new knowledge is an open question, but certainty in either direction at this point is extremely premature. The point is that good science is hard and so is life.

There are no simple solutions to the myriad of problems people face both on the international level and on an interpersonal level. However much one may want to find Deeply Hidden Secrets that would come about through gurus like Deepak Chopra or many others who purport to claim that everything is the universe is a universal mind, and that through meditation or cheap wakefulness we will be able to See Things Clearly and thus become our own best selves, we should resist easy solutions.

Likewise the problems of an unjust market system, superficial and confusing social media platforms and a society that is bent on demanding the impossible will not be found in the smallest possible dimensions of the universe, they will be found in complex and multi-faceted human beings, which, when properly informed can both discipline themselves and make wise political choices that can lead to substantial changes in society over time.

Common sense, that most important human faculty which is often stated as being the one we lack the most will have to employed and strengthened.

We need not look for Masters in the obscurantists, what we need is to trust ourselves in the face of an increasingly delicate world, for there are no miracles to be found beyond the here and now.

We will continue to make mistakes in judgement, but this is no reason to give up sanity in exchange for quick, cheap comfort. At best we should keep in mind two quotes from serious people, namely the novelist Samuel Beckett and the philosopher Ludwig Wittgenstein.

As pertaining to the issues of daily life, we should say, alongside Beckett “Ever tried. Ever Failed. No Matter. Try again. Fail again. Fail better.” As related to the mysteries of the universe, Wittgenstein poignantly said “We feel that even if all possible scientific questions be answered, the problems of life have still not been touched at all.”

Indeed. Life is a problem, let’s look for practical solutions while we still can, for life is hard enough as it is.