Preparing Caribbean tourism for the world of tomorrow 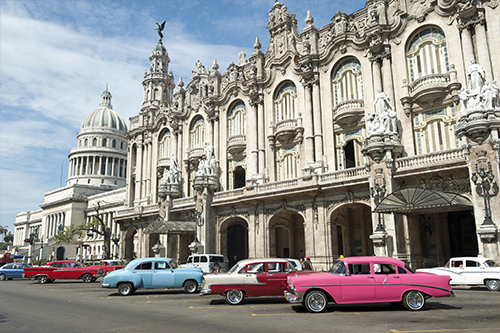 Although the statistics vary, reliable Caribbean and international entities suggest that the region’s sector is now delivering on average directly and indirectly about 40.6% of the Caribbean’s GDP, earned the region in 2018 US$62bn, and employs at least one in 11 of the region’s citizens.

Despite this, little thought has been given to how to future proof the industry as disruptive technologies take their toll, the region’s largely sun, sea and sand high-volume offering becomes subject to multiple global pressures likely to affect traveller sentiment, and international competition increases.

Detailed country by country analysis indicates that away from the Dominican Republic, Trinidad, Suriname and Guyana, the contribution tourism makes to almost every other Caribbean economy has become critical to economic stability. For example, the World Travel and Tourism Council (WTTC) estimates that in 2017 for Antigua, travel and tourism provided 51.8% of the island’s GDP, employed directly and indirectly 46.1% of its workforce, and was the island’s major source of investment. Similar above average figures exist for Aruba, Barbados, and The Bahamas, the OECS states and most overseas territories.

Although projections suggest that tourism’s contribution to global GDP is likely to grow on average by 3.6% per annum over the next decade, similar levels of future Caribbean growth and the region’s long-term pre-eminence as a warm water destination may be much less certain. This is because macro developments affecting travel and tourism globally may damage those industries that fail to understand how changing thinking about travel and the environment may alter a destination’s prospects.

Industry analysts say that the megatrends that determine what visitors want, expect, and where they will go, are changing. Demographics, new ways of thinking about vacations among a globally expanding middle class, and the ability of large numbers of citizens of China, India, Latin America, and Russia to travel widely will, they believe, mean that tomorrow’s tourism is likely to be very different.

Up to now, apart from a few far-sighted Caribbean industry professionals, ministers and former ministers of tourism, government’s approach has been to rely on increasing arrivals numbers, encouraging the hotel and cruise sector to provide future perspective, and then allowing them to drive and largely finance commercial responses to changing visitor requiremen

This may no longer be enough.

The Paris based OECD, which brings together thirty-six of the world’s like-minded wealthy nations, has for several years been focussing on long-term trends affecting tourism, and the reforms needed to ensure sustainability has resulted in the production of a detailed assessment of the structural changes it believes will shape the future of tourism globally.

What the OECD concludes is that tourism policy makers need to develop a better understanding of trends and develop a strategic approach which sees their regulatory frameworks and industry governance updated. They also propose the adoption of dynamic policy responses to disruptive developments such as growing consumer concern about levels of aviation and maritime carbon emissions, or the use of artificial intelligence, data gathering, and new monetary instruments that it believes are most likely to take hold.

Its experts suggest that tourism by better understanding the future can also help make a transition to a green economy, become more socially inclusive, and see nations better able to encourage investments that are resource efficient and environmentally responsible.

Its studies indicate that global demographic change will see the nature of visitor demand change and industries around the world adapt. They recommend that members states begin to prepare for tech-oriented newer generations with different aspirations, an increase in ageing travellers who will have special needs, and determine how to respond to visitors from nations with different cultural norms and expectations who will come to represent the bulk of international travellers.

The OECD believes that unregulated tourism growth will increasingly impact on host communities and the natural environment. This it says will require governments to deliver policies that ensure a low-impact low-carbon future for the industry and a require a political response to ‘overtourism’. It argues that technology will radically reshape the industry causing it and governments to have to think carefully about how a destination trades off cost savings and efficiencies against the value of customer experience.

It observes too that as newer generations exert growing influence over international norms, modes of transport, security, free movement across borders, and the environmental impact of travel, such issues will become the subject of intense international debate and behavioural change.

All of which, the OECD suggests, requires a ‘whole of government’ response if tourism is to continue to play a central role in economic development.

What is surprising for ‘the most tourism dependent region in the world’ is that the Caribbean has no well thought through long-term approach of this kind. Nor does it have any discussion of the longer-term issues of the kind that the OECD will consider in mid-December in Vienna when its members will consider tourism as a catalyst for regional development.

The OECD has come close to being a dirty word in the Caribbean in relation to its desire to more closely regulate offshore financial jurisdictions. However, what is saying to its own members about tourism offers a more positive and alternative way to view the institution and is worthy of close study.

Tourism has demonstrated its ability to drive Caribbean growth in ways that spread its benefits far beyond the industry. Despite this, it is still not universally seen as an essential component in future growth, let alone requiring adaptation if it is to meet the needs of a changing global environment.

Those who lead the industry should consider in a regional context all that the OECD is saying about the future of the industry that now dominates and sustains the regional economy.  What is lacking in the region is any tourism related vehicle able to analyse future change and prepare the region for the visitor world of tomorrow.

The Executive Branch extended the curfew for another 15 days from five in the...

SANTO DOMINGO, April 2, 2020 – Following a request from the Government of the...

The Ministry of Education (MINERD) reported that the National Institute of Student Welfare (INABIE),...

THE GOVERNOR AND HIS BROTHER AFFECTED   Santiago, RD The concern and tension increased...

Health Minister, CMD and experts support the use of masks

SECOND MONTH UNDER CORONAVIRUS ATTACK   Santo Domingo, RD   The demand for an...