Britain’s culture war and the Caribbean 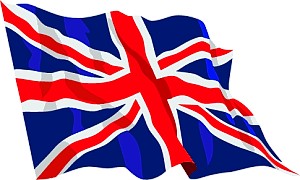 Last week a culture war erupted in Britain over its colonial history.

Ostensibly the debate revolved around how to respond to public protests against the memorialising in city streets, squares, and public spaces of those involved in slavery. More profoundly, however, what happened and was said illuminated the need for Britain to find ways to rebalance the nation’s understanding of the role played by conquest, exploitation, and empire in creating its wealth.

The matter achieved prominence because of events on June 7 in Bristol in the West of England. There protestors had taken to the streets to join the international condemnation of the death of George Floyd in Minneapolis and to make clear that Black Lives Matter in Britain too.

In events eerily reminiscent of other turning points in history from South Africa to Eastern Europe, a group of protestors pulled down a statue of Edward Colston, a seventeenth-century slaver and city benefactor, and threw him into the harbour. The moment, captured on social media, was significant in a yet to be fulfilled way, as it illustrated the need to change the trajectory of Britain’s history.

It was an act important for its symbolism, not least because many of those attending the protest there and in many other British cities were not just young people of Caribbean and African descent, but also numerous others who were white. Their actions reflected a passion for having their voices heard on racism, inequity, social injustice, and their common fears about employment and the future. Tellingly, the county’s police service decided not to intervene, accepted that Colston should fall and that the greater public good in a multi-racial city was in not provoking a confrontation.

In contrast, a similar black lives matter demonstration in London, saw a small minority indulge in violence and the mindless defacing of the national war memorial and a statue of Churchill, who in Britain remains an understandable if unnuanced icon as the wartime leader of an island that stood alone, and then with the US and Russia defeated fascism in Europe.

The subsequent political and media reaction to events was predictable. The focus was on protecting property, achieving outcomes by democratic means, and calls for punitive jail sentences, only for such comments to be followed by a backlash from menacing groups of ultra-right thugs masquerading as protectors of statues and history.

Far more important, however, is the sense that the toppling of Colston’s statue marks the identifiable point at which significant parts of British society began to recognise that a more balanced fact-based understanding of the past is required if the country is to become more cohesive.

Colston’s fall confronted the central unspoken myth in much of UK society about the unremittingly ‘positive’ nature of its history and many of its citizens’ consequential and surprisingly commonplace sense of global ‘superiority.’

What happened in Bristol was, in its own small way, a revolutionary act challenging the view that Britain’s future can continue to be based on an uncritical view of its past.

More generally, it highlighted the failure of Britain’s educational system to create an awareness that Britain’s wealth and economic development were built to a significant extent on the transatlantic slave trade and the exploitation of other human beings on plantations in the Caribbean.

It pointed too, to the need for the teaching of economic and social history rather political history; explaining the present-day implications of the acquisition of empire; where the funding for Britain’s early industrialisation came from and its subsequent social consequences; the more recent role played by the thousands from the then colonies who fought and died for Britain; and how migrants after the second world war played a vital role in Britain’s economic recovery.

Why none of this has yet happened requires holistic explanation, but the simple answer could be because much of history shows that the ‘winners’ sit back, learning little from their victory, while the ‘losers’ learn from their ‘defeat,’ manage to innovate, and eventually find new ways to rise.

The reaction to Colston’s toppling also indicated the absence of any leading government politician with the courage to recognise how a better national perspective on English history and a country at cultural peace with itself might channel honesty about the past into more significant global influence.

Shortly after Colston’s statue came down, Prime Minister Johnson announced a new policy initiative to have a commission identify the disparities in treatment experienced by minority ethnic groups and make recommendations.

The problem was that this was not only behind the paywall of a national newspaper in an article about Churchill, his hero, but it ignored four recent and related national reports which have not been acted on. Appearing to lack understanding, Prime Minister Johnson said, “What I really want to do as Prime Minister is change the narrative, so we stop the sense of victimisation and discrimination.”

In a hard-hitting public response, clear and to the point, David Lammy, an opposition Member of Parliament of Guyanese parentage, whose government-commissioned report is one of those not yet implemented, said that to distract from his inaction, Mr. Johnson was now seeking a culture war.

Britain, of course, continues to play an essential role in the world, but to succeed post-Brexit, it will have to do much more than sign trade agreements and promote nostalgia. To retain its influence in the Caribbean and elsewhere, it will have to project soft power, enhance its global standing, and cultivate a modern national image worth aspiring to.

Without genuinely addressing issues like racial inequality, injustice, and its history, Britain is likely to become more volatile, making it difficult for its diplomats to explain its present and future place in the world, let alone the relevance of ‘Global Britain’ or the jingoism that surrounds Brexit.

History cannot be changed, but it deserves to be better understood and explained, not just in its original context, but in relation to today and the future. The Caribbean has a vital role to play in this. It needs to remind Britain directly and through its Diaspora that its history is the region’s history as well. It should find ways to warn about the dangers inherent in provoking a culture war.