The Curious Case of China 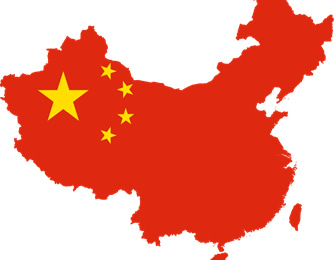 It’s become fashionable now in the so called “Western countries” to blame China for everything. Not only in relation to the current Coronavirus Pandemic, or how China has imposed an authoritarian law which effectively guarantees that Hong Kong will lose much of its political freedoms.

Or we can talk about how China is using harsh and violent measures against its Uighur population and even the very real fears that China is using its technology, most notably in the case of TicTok, to gather personal information from its users.

All of these points are true. But stressing these points beyond reason, as is being done by much Western media, is not only pointless, it serves as a smokescreen for much more serious crimes being committed by other, often more powerful, member states in the international community.

First of all, it should be said right at the outset that there is nothing wrong in talking about the problems that pertain to different countries in the world. Not only China, but Russia, Venezuela, North Korea and so on.

An honest observer of international affairs would soon stumble upon a truism, every single country in the world is seriously flawed, some more than others clearly. It’s certainly true that, pending some new discovery, the Coronavirus Pandemic started in Wuhan.

Curiously, the last global pandemic, misleadingly called the Spanish Flu, began somewhere in the Southern United States over 100 years ago.
A much deadlier Coronavirus Pandemic in terms of death per contagious person, was reported to have arisen somewhere in Saudi Arabia in 2012, called MERS (Middle East Respiratory Syndrome) or simply the Camel Flu.
The death rate was over 30% which is much higher than the current virus. Fortunately for the rest of us, it did not spread to the rest of the world. This virus could have originated in many countries, but happened to do so in China, this time. There is no victory or moral claim to be made by stating that this virus didn’t begin in one’s country.

The case in Hong Kong is quite complicated, featuring a long history of colonialism and abuse. While no crime justifies any other, one shouldn’t forget what is happening right now in Oregon in the United States. Federal mercenaries, in effect, are kidnapping citizens out of the blue, with no identification being given and no crime being signaled out as a justification for such totalitarian acts.
There are signs that these clashes with the US Federal government are going to spread elsewhere to other cities, and we are talking about a “democratic country”. If left unchecked, this situation could get a lot worse and one rather not think about the consequences such actions would bring.

We can put aside what Bolsonaro is doing in Brazil or what Modi is doing in India, suffice it to say that neither look particularly good so far “democracy” and “human rights” are concerned.
The case of the Uighur population is also complex, ugly and brutal and no doubt criminal. But at least the problem lays within China. This is not the case in most of NATO’s activities, including the Libyan “intervention” or the Iraq War and so on. In these cases, foreign government simply destroyed countries whose leadership the West either didn’t like or weren’t doing what moneyed interests wanted.
One can only note certain similarities with the current tensions in Iran, which could lead to a complete disaster or the military exercises the US partakes in the Taiwan Strait, which could lead the to total annihilation of human civilization.

Lastly, the oh-so-shocking cases of TicTok. If the “West” doesn’t do anything, one’s own personal private information will end up in the hands of China’s Communist Party!

This is terrifying, no company should be able to share with the state a user’s private information, for it is a blatant violation of one’s privacy. Such a precedent should not be allowed to take place.
Except for the fact that it’s been happening for well over a decade, and includes such trustworthy companies such as Google, Facebook, Twitter and so on down the line of powerful tech companies.
What practical real-life consequences happen if the information is obtained by a foreign country instead of a familiar one? The end goal is to sell products, in most cases.

There are instances in which this personal information could be used to stop potential deadly attacks, sure, but it would be absurd to believe that Beijing would send troops to the Caribbean or Europe to do anything.
The point is emphatically not that China is an example of a model country. The point is that for every crime correctly attributed to China, one can find much worse cases in the so-called West. Now is not the time for scapegoating or blaming others, now is the time for cooperation.

It does everyone a disservice to heighten tensions at a time when international solidarity may be the only way to solve this current crisis. And time is not luxury that should be spent foolishly.