A cold wind is blowing from the north 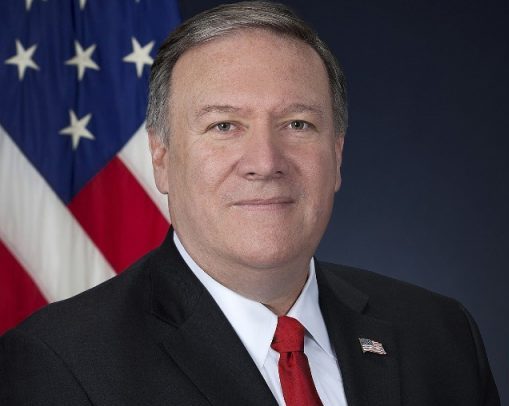 Whether it chooses to take sides or not, the Caribbean is about to find itself swept up into the now almost inevitable superpower confrontation between the United States and China.

Speaking at the Richard Nixon Presidential Library on 23 July, the US Secretary of State, Mike Pompeo, brought together in ideological terms the threads of the Administration’s long-trailed strategic policy and belief in its continuing exceptionalism. “Securing our freedoms from the Chinese Communist Party is the mission of our time, and America is perfectly positioned to lead it because our founding principles give us that opportunity”, Mr Pompeo told his audience in a speech, ‘Communist China and the Free World’s Future’.

The absence of nuance made clear that the Trump Administration expects every country to now join in its endeavor.

The outcome is however uncertain. Unlike the previous sometimes close to hot war with an economically and intellectually impoverished former Soviet Union, in this confrontation the US does not necessarily have the long term economic and military supremacy to outrun China, let alone have global sentiment on its side.

Mr Pompeo’s remarks have their origins in the administration’s National Security Strategy and a sophisticated official analysis that builds on a view first developed during the Obama administration. This suggests that China’s economic advance and growing global influence will cause a relative decline in US economic and political influence, so requires a western response.

The US Secretary’s remarks undoubtedly also play into the forthcoming US elections, but it is more than likely that if former Vice President Joe Biden becomes President in November, both he and Congress would pursue a similar policy, albeit in a less myopic way.

Particularly striking from a global, let alone Caribbean perspective, is the conflation by the US of its interests with those of its allies when it comes to China. According to Mr Pompeo: “The free world must triumph over this new tyranny”. Nations must “induce China to change in more creative and assertive ways”. Its actions “threaten our people and our prosperity” and China, he believes, “cannot be treated as a normal country”.

In his remarks he suggested in almost evangelical terms that the choice Washington is now asking every nation to make is “between freedom and tyranny”. Although accepting that this may be difficult for some small countries, he suggested that the starting point should be an insistence on reciprocity, transparency, and accountability from the Chinese Communist Party to reset the terms of engagement.

As some Caribbean states already know, the outcome that Mr Pompeo is pursing is participation in a new global alliance of willing “like-minded nations, a new alliance of democracies” in Europe, Africa, the Americas, and the Indo-Pacific region, prepared to take the same approach; one intended to reset supply chains, alter existing trade relationships, and revisit old alliances and existing regional relationships.

What is unclear is how the US intends to encourage or cajole countries large and small to decouple from China, ignore its continuing economic and technological rise, and set aside the beneficial economic relationships it continues to develop in regions such as the Caribbean.

Read carefully the remarks made following Mr Pompeo’s recent meetings with Australia, the UK, Japan and others in Europe and the Far East that are expected to make up the core of Washington’s post-NATO global alliance. They illustrate that while most nations are willing to share Washington’s security concerns, they have reservations when it comes to forfeiting their economic relationship with China.

What is missing in the current US approach is an understanding that communism where it still exists has been redefined by circumstance, and to succeed Washington will have to do more that matches China in relation to investment and trade, and find ways to modify its ‘America First’ approach.

In the Caribbean, China’s engagement has brought new opportunities for development even for nations ideologically close to the US. It is therefore unlikely to be a coincidence that just a few days after Mr Pompeo spoke, China’s Foreign Minister, Wang Yi, reminded the region of Beijing’s determination to advance China-Latin America relations “from a strategic and long-term perspective”, enhance support for its Belt and Road Initiative, and help build new public health and other infrastructure.

To write this is not to ignore issues such as freedom of expression in Hong Kong, the reported treatment of various ethnic groups within China, or restrictions on the freedom of information and expression there. Such questioning is as valid as being critical of the militarisation of US policing, supportive of the black lives matter movement, or objecting to the US President’s implicit racism in his approach to immigration, or attacks on the liberal media. Rather it is to observe that the parameters of difference and disagreement between states are no longer ideological and now require the case being made for future alliances to be built on alternative universally adopted parameters such as demonstrably fair systems of governance, economic reciprocity, social equity, and humane values.

In his balanced and thought-provoking recent book ‘The Chinese Challenge to American Primacy – Has China Won?’, the Singaporean academic and former diplomat, Kishore Mahubani, demonstrates the paradoxes. He suggests that ‘the assumption of virtue’ has made the US inflexible and challenged, while China, despite its sometimes ‘objectionable activities’, is adaptable and pragmatic for deep philosophical reasons. Why would China waste its time seeking to change US or anyone else’s ideological thinking when it knows the opportunity offered by the success and competitiveness of its economy, and the relative cohesiveness of its society, he asks?

Whoever wins November’s US elections, the Caribbean will find itself in an increasingly difficult place when it comes to US-China relations. This is because it has so far failed to develop a solid, alternative, intellectually justifiable, and new, non-aligned approach based on its own needs and values.

In the region there are still a few politicians and academics like the late Owen Arthur, looking outwards, willing to lean into the cold wind that is now blowing. They should speak out, define in Caribbean and small state terms what free socially oriented democratic societies require of both the US and China.