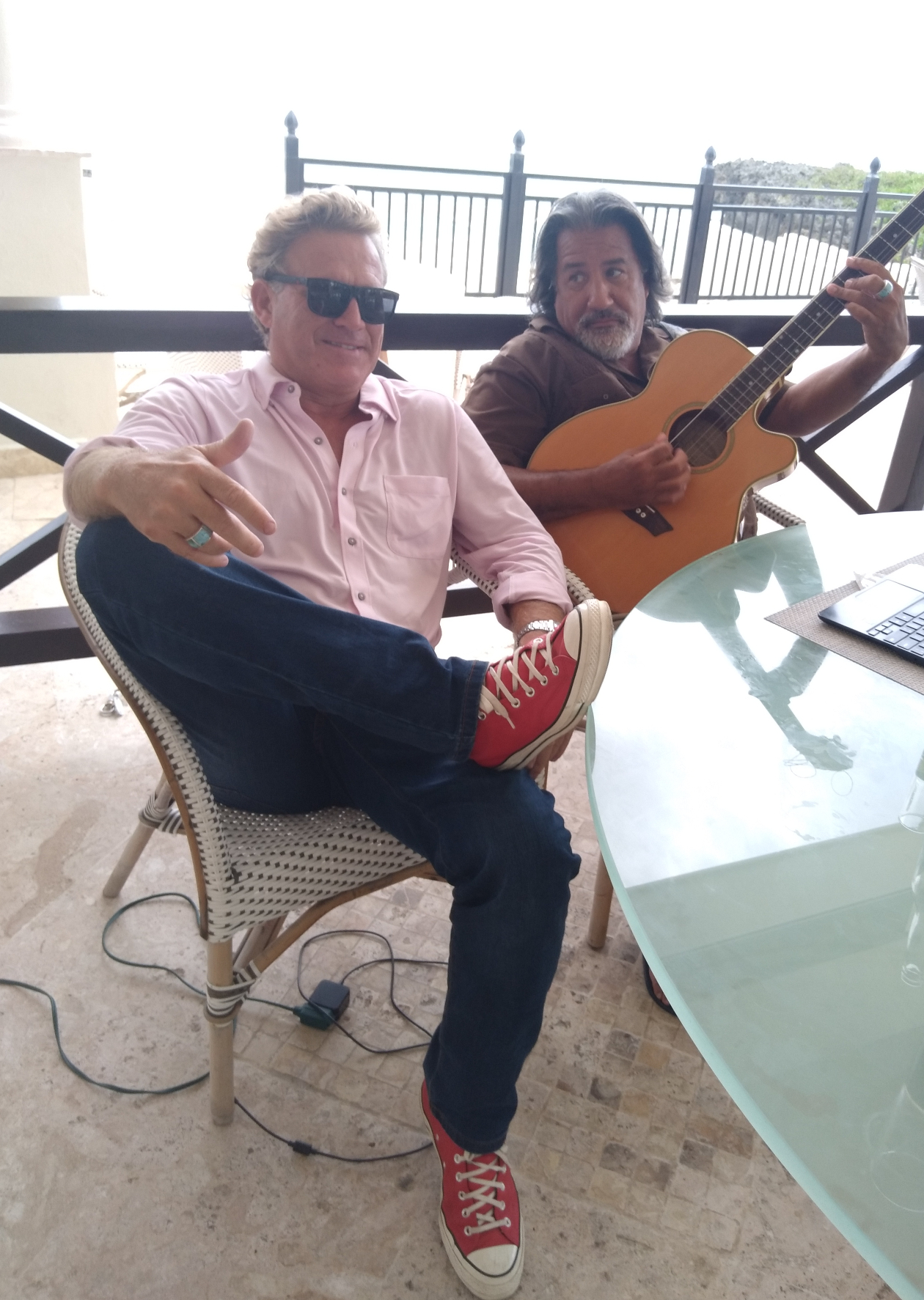 Before Raja and before Mark Sloan there was Gregory Ricker

From conversations with Gregory Ricker

Gregory Ricker’s appeal to the decency of humanity is out the window. Hence, instead, he’s going to try and move his vision of hemp farming in the Caribbean along with movie stars and celebrities. Many of them have hemp-related companies and businesses, and the eco-friendliness of hemp has great relevance.

Industrial hemp has been scientifically proven to absorb more CO2 per hectare than any forest or commercial crop and is, therefore, the ideal carbon sink.

Ricker is trying to bring multi-beneficial industrial hemp farming to these islands, with the Dominican Republic having the most significant potential. But, again, it’s an issue of margins—ninety percent in the coveted but sexy-dangerous DR and 30 percent in beholden Puerto Rico.

“Our goal is not to rip off the country but to do some genuine good so kids can go to college and have the financial foundation to build a hopeful future.”

Dominican Today, Forbes and the New York Times have chosen to follow the ever-evolving developments in this story (well, someone has to identify the body.)

“So here we go, in the next few weeks, we will be visited by some wonderful people that without a doubt, will be more influential than us losers. To be truly honest, I haven’t even asked, but I am pretty sure I can throw their names in the hat, and I will feel minimal wrath. First and foremost, Joe Biden, the white guy that rents a place on 1600 Pen Ave. (and is two months behind on rent) something he said in his sleep; “Gregory do your worst, without hemp we’re all Republicans.”

“Hemp doesn’t know politics; Conversely, my idol, as is Bradley Cooper’s, known as the Innkeeper, and Joe Kidd, at the famed Mission Ranch, would probably be a supporter of Industrial Hemp helping feed and clothe children. Yup, I’m pretty sure of that one. At least Scotty Eastwood would love it.

Cuba Gooding, one of the greatest actors of our time, probably will only give us limited resistance saying he’s coming to the “We are the World” party in the DR to plant these fields; lord knows we spent enough time at Cindy Crawford’s Cafe Habana in Malibu together.

Rod Diver and Al Pacino would never miss this epic event. I can hear Al’s bandana-laced boots with bells as he is escorted to the back table at the Beverley Hills hotel and asks, “how y’all tonight?”

I run my reckless mouth for the betterment of children as everyone is always suspicious of motives. Nothing worse than a stupid parent teaching stupid ideas. ‘We should all move to the bayou and split a mouthful of teeth.” Last month we were in Haiti where 400 children were enslaved and readied for sale on the world market ….400.

Yes, we’re using Industrial hemp to raise this part of the world to an economic standard they deserve, in case you haven’t figured it out—Lawyers, Guns, and Money.”

It’s been an illuminating adventure following Gregory Ricker’s campaign to bring industrial hemp farming to the Caribbean based on sharecropping, an idea that made America the number one agricultural producer in the world.

Ricker puts it simply, sharecropping is the methodology he uses to get the farms up, running, and independent in 36-months. After those 36 months, if the landowner is dissatisfied, they can resolve any issues or opt-out. It’s a win-win contract. “Any farmer who puts their hand in the rich, fertile soil of the Caribbean knows they’re sitting on fields of untold prosperity. For example, a hemp field yields three harvests per year.

We’ve been following Ricker because he is the preeminent expert on all things hemp. His highly jocular antics enliven any conversation. His not-for-profit motives are purely to get the farmers to use the largest untapped resource in the islands to usher in an industry that would radically transform the economies of the island nations to greatly benefit the people in unprecedented ways.