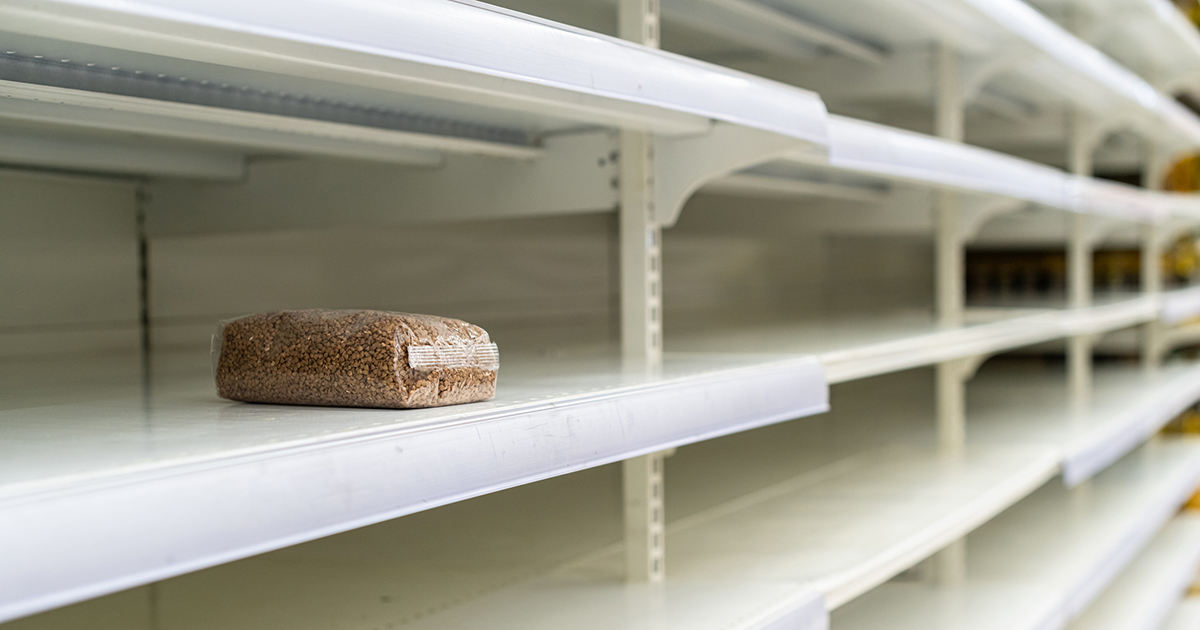 Could the threat of global food shortages finally unite CARICOM? Will it cause member states to act together, making real the CSME’s promise of effective regional cooperation and economic security? These are questions that should be on every Caribbean citizen’s mind, as food and energy prices skyrocket globally, with worse forecast to come.

The causes of what will likely become a lengthy and pervasive crisis are multiple. At the start of 2022 food prices were already high because of pandemic related supply chain problems, increasing input costs, and lower yields due to climate change.

More recently, the war in Europe has seen both Ukraine and a now heavily sanctioned Russia, which together previously supplied as much as 25% of the world’s wheat and other cereals, being unable to ship to traditional markets in Africa and the East. The consequence has been a dramatic rise in cereals prices as demand for alternative suppliers has surged.

Alarmingly, and notwithstanding the rights and wrongs of the cause of the conflict, rapidly accelerating food shortages are giving rise to new alignments, as countries consider how best to source food when instability threatens.

Just over a week ago, the Chair of the African Union, President Macky Sall of Senegal, travelled to the Black Sea resort of Sochi to meet President Putin, to discuss among other issues the supply of cereals, fertiliser, and food. There, he emphasised that nations far from the theatre of conflict are its economic victims.

President Sall said that he had been “reassured,” finding President Putin “committed and aware that the crisis and sanctions create serious problems for weak economies” such as those in Africa. For its part, the Kremlin noted that the exchanges had focussed on expanding political dialogue between Russia and the African Union, as well as economic and humanitarian cooperation.

The West sees the matter differently. The EU President, Charles Michel, has told the UN Security Council that Moscow is using food supply “as a stealth missile” …. “driving up food prices, pushing people into poverty, and destabilising entire regions”; the US has warned fourteen nations in North and East Africa and elsewhere that Russia is stealing Ukrainian grain and selling it; and the G7 has said it will address food insecurity.

These developments have the making of a second cold war that threatens to suborn food-poor nations through the creation of economic rather than ideological spheres of influence.

The Caribbean has no need to be drawn into this. Food security lies in its own hands. Huge acreages of uncultivated or idle but fertile land exists in Guyana , Suriname, Jamaica, Belize, the Dominican Republic, and Cuba.

As matters stand, CARICOM nations have agreed to reduce the US$6bn plus of food imported annually to feed its citizens and the millions of tourists who visit. The aim is to grow 25% more food by 2025, although Barbados’s Prime Minister, Mia Mottley, believes this may have to be revised to 50% in the light of rapidly increasing prices.

Last month, in response, CARICOM Heads attending an Agri-Investment Forum and Expo in Georgetown agreed to jointly remove trade barriers including quotas, tariffs and non-tariff barriers, and address inadequate intra-regional transportation “as swiftly as possible.” They asked Guyana’s President, Irfaan Ali, to develop an implementation schedule for the regional agricultural plan he presented in March.

At issue now is not just the speed at which governments are willing to address in parallel these inter-related, often sensitive, political and protectionist issues. Achieving food security also requires them to facilitate large-scale, well-capitalised regional and international private sector investment in Caribbean agriculture, in ways that address mechanisation, training, and introduce global best practice.

Earlier this year, Jamaica’s Prime Minister, Andrew Holness, recognised this. Speaking to The Gleaner, he said that while government support was needed, “The real response would have to be a kind of regional strategic approach to see how we can mobilise capital in Jamaica into lands in Jamaica, in Guyana, in Suriname, in Belize, to increase the production in the region so that we don’t have to rely on inputs coming from outside of the region.”

Since then, there have been several positive developments. Leading private sector companies in Jamaica, Trinidad, and Barbados have been actively pursuing a future role in agriculture in Guyana, developing proposals for crop insurance, and exploring possible public-private partnerships in transportation and logistics. Republic Bank has added US$100mn to the CARICOM Sustainability Agriculture Credit Facility to fund at initially low interest rates priority crops, capital equipment and infrastructure. A regional food transhipment hub is contemplated in Barbados to facilitate the swifter movement of regionally produced food, and the Caribbean Development Bank is encouraging its funding member countries to prioritise food security and transport initiatives.

This is welcome, but the scale of the problem now facing the region requires large regional enterprises with access to international know how and financing, to develop and lead international consortia to achieve the efficiencies necessary for Caribbean food production to become competitive.

In its Guyana meeting statement CARICOM said almost nothing about the central role of the private sector in achieving food security. This was despite Trinidad’s Prime Minister, Keith Rowley, warning that “unless we get the appropriate investments, the scale at which we are required to perform will not be achieved; Belize’s Prime Minister and CARICOM’s pro tempore Chair, John Briceno, making clear that targeted private investment will be crucial to achieve sustained regional growth in agriculture; and Barbados’ Prime Minister emphasising that “no one is going to move produce from country to country if people are going to lose their investment”.

More generally, Prime Minister Rowley told fellow CARICOM leaders: “Nobody is going to come to do it for us. We have to do it ourselves. Nobody will give us food when food is in short supply. Nobody! If we don’t put it in place now, then who can be blamed? …. I have seen this before, heard it before and don’t want to hear it again. We know what to do, the question is are we prepared to do it?”

The Caribbean is unusually well placed to resist this and ride out the storm, but governments need a greater sense of urgency, a rapidly produced publicly available implementation timetable, and with the private sector to say loudly to international investors: “join us, we have the land to feed our region and become net exporters of higher value agricultural produce.”

Do not destroy wildlife refuge or national parks for agricultural or cattle raising. Land and potable water are scare commodities in small island. Fertilizers, insecticides, manure, and fungicides contaminate the land and potable water. Do not trade in your coastal and forest image for development or production that will end up being exported anyway (because producers look for the higher bid price or dollars that is usually abroad).
We have million of people that have emigrated out of the Caribbean even in the good times so sufficiency will never be reached not matter how much you try. We all depend on the US market for our goods and the US export to us (including remittances) so we have been under the US economic sphere since 1868. Keep your land for tourists (domestic and foreigners) and think of better demographic controls (control the demand) to reduce dependency. Remember that the more your economy grows, the more you import cheap foreign labor (see DR & Haiti or PR & DR).