US influence in the Americas is waning 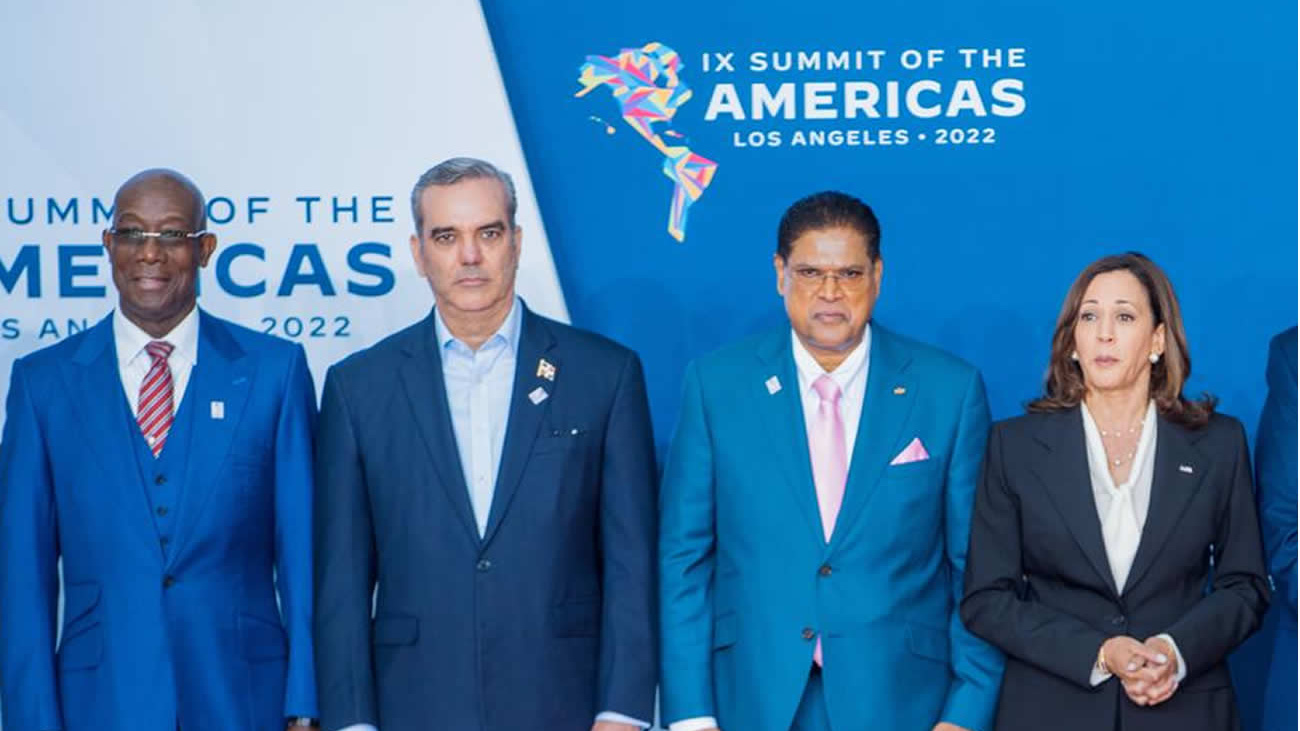 The recently ended Summit of the Americas will likely be best remembered for the US decision not to invite Cuba, Venezuela and Nicaragua, the chaotic unprepared way in which Washington tried to manage this, and the decision by some hemispheric leaders, most notably Mexico’s President, not to attend.

While this may be unfair in terms of substance, it is a real indication that in the longer-term, US influence in the Americas is waning and that others sense opportunity for influence or division.

Despite this, the Los Angeles Summit had multiple positive short to medium terms outcomes and saw a consensus among participants on several shared concerns. Agreements were reached and declarations approved on migration, post pandemic economic recovery, health care, and medical training, support for delivering clean energy, and climate change. There was also an important commitment by the US to place new capital in the Inter-American Development Bank’s private-sector lending arm, IDB Invest, to catalyse private capital flows into, for example, the development of 5G infrastructure and renewable energy.

For CARICOM and the Dominican Republic, the meetings opened a new window of opportunity at a mini-summit held on 9 June with the US Vice President, Kamala Harris, which President Biden ‘dropped in on’.

There, the US President indicated a level of commitment to the Caribbean not shown for many years. He said that it was his intention to intensify the US relationship with the region, telling Caribbean Heads and Foreign Ministers, “You’re critically important to us in every way.” He also emphasised that his Administration was exploring how the US might provide the means to “undo some of the damage done the previous four years, when [the region] wasn’t very much taken seriously.”

This appears to mean that after years of neglect the US is willing to help address the overlapping economic issues of post COVID recovery, climate change, food and energy insecurity, and lack of access to concessional financing. It implies recognition that helping resolve these problems are now recognised as being in Washington’s broader security and geopolitical interests.

Importantly, the new approach appears to accept that if solutions are to be found to these issues Washington will have to help develop ‘novel financial tools’ and find alternatives to the World Bank’s national income criteria which, up to now, has seen the whole of the Caribbean except Haiti graduated out of eligibility for multilateral concessional or grant financing.

In addition, it was announced at the summit that the US and CARICOM are to launch a Caribbean Zero Hunger Plan which will provide US$28mn in new food security assistance to Caribbean countries. A Climate Crisis 2030 initiative will aim to bring the US private sector, Caribbean companies, and international financial institutions together to develop blended funding to deliver infrastructure development and financing for renewable energy. An agreement was also reached on the need to further strengthen security cooperation, with a new emphasis on cybersecurity, cybercrime, countering small arms and people trafficking, and the creation of national action plans with tailored US responses.

The intention now, the US says, is to form three high-level committees to develop “immediate and concrete, joint, and near-term solutions”.

Despite this, it is hard to see why these long overdue initiatives had to wait for what was meant to be a summit of equals. Rather, the unfortunate impression created is that the event, the issue of who is invited and on what basis particularly in relation to Cuba, turned long overdue US responses into imperatives.

The view held by some hemispheric commentators is that Washington is belatedly trying to bolster its credibility at a time when many of the countries of Latin America and the Caribbean are questioning its authority and seeking a more equitable role in policy development and decision-making.

In this respect, the comments made by Argentina’s President, Alberto Fernández, were blunt and to the point, arguing that “being the host country of the summit does not grant the ability to impose a ‘right of admission’ on the member countries of the continent”, and that the period in office of President Trump had been marked by “an immensely damaging policy for our region”. He told President Biden, sitting just feet away: “It is time for those policies to change and the damage to be repaired”. Fernandez also attacked the Organisation of American States (The OAS) suggesting that “if it wants to be respected … it must be restructured by immediately removing those who run it.”

This suggests that future summits are unlikely ever again to predominantly be a construct of US policy.

If this summit’s planning under a Democratic President who genuinely cares about Latin America and the Caribbean, knows the world is changing, wants to engage in a partnership with the Americas, but is constrained by domestic political considerations and divisions within his own party, it is not hard to imagine what will happen with any Republican successor.

Listen to what former President Trump and those around him are saying, or to Ron de Santis, the Republican Governor of Florida who aspires to the presidency, and it is clear that a future Republican President would again seek ‘coalitions of the willing’ and transactional arrangements in the Caribbean and Latin America in ways that create lasting rifts in already brittle relationships.

This is not lost on others.

China’s confidence in its burgeoning economic and political influence in Latin America and the Caribbean can be seen in the post Summit criticism leveled by Foreign Ministry Spokesperson, Zhao Lijian, who bluntly asserted: “the US needs to abandon its attachment to the outdated Monroe Doctrine and highhanded approach.” This same awareness of Washington’s slowly declining influence can also be seen in Russian actions and comments. It to believes that the Monroe Doctrine era is over and has said that its intention now is to deepen relations with Latin and Caribbean nations that have remained neutral on the war in Ukraine.

President Biden told participants in the Summit “No matter what else is happening in the world, the Americas will always be a priority for the United States of America.”
It is however hard to avoid the conclusion that as in Colombia, Argentina, Peru, and probably in Brazil, social pressures will deliver more radical governments and greater geopolitical competition resulting in fewer nations willing in the long term to adopt US thinking about the hemisphere.

Good! We need to divest of the dependency on the US