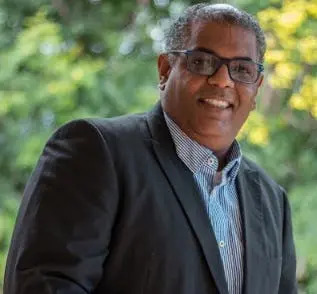 Most Dominicans believe that development consists only in the construction of highways decorating the main streets of the capital or other major cities. Some promote that poverty was being reduced before the pandemic and that many found opportunities when they arrived in the city of Santo Domingo. Unfortunately, these “opportunities” have had a very high and painful price because those who came became invisible numbers, tokens, and codified citizens; they stopped being people, became things, and lost their names and nicknames.

We must remember that those people who left and who are leaving their small municipalities for the main cities of the country do so because they are suffocating economically and emotionally; they do so. After all, they have not been able to find a small job because they do not have a university at their outreach or a music academy, much less a comprehensive training center; they do not have the essential services that a family needs to live with dignity. Furthermore, they left because the development has not reached the majority of the municipalities; the development, “if there is one,” is only perceived in a minority class and the busiest cities of the Dominican Republic.

It is challenging for us to talk about development because we have not had a balanced development, a development that reaches all the municipalities, sustainably impacts the labor sector and the people of the countryside, and that affects everyone positively and transversally. However, in the sectors of Dominican society, It seems that the so-called “development” is the result of perception. It is the result of a sensory effect that makes us believe that we are getting out of poverty. It is so much so that there is in our psyche the idea that development is the proliferation of pharaonic works, and many of us know that all these works to be correctly evaluated within the development phenomenon should impact not only some cities, they should also equitably benefit all municipalities.

Development without planning is not development; cities like Santo Domingo, Santiago, and others, have suffered from uncontrolled growth, poor service, and poorly done constructions that threaten the safety of citizens. An example of development without planning is the terrible traffic in Santo Domingo; people leave their fields searching for improvement. The construction of higher and more meters will not be able to reduce and improve congestion. We must decentralize the so-called development. The governments and the business class must invest in the municipalities to implement economic development policies and thus stop emigration to the large cities.

We want to leave some proposals to the government of the day and the sectors interested in integral development:

I agree 100%! They have this broad brush approach that is mostly beneficial for the big fish. Please read tomorrow Opinion piece in the Listen Diario( By Rosa Linda Simons) on this same regard.
I appreciate your candor and finally saying what needs to be said!

Decentralizing the issuing ID cards is one example of how things could change quickly in small communities. Poor Dominicans that have lived in a community all their lives, do not have thousands of pesos to hire notaries to prove they are citizens. The local Junta Electoral could arrange this.