Natural gas is the new “Russian winter” as a war element… 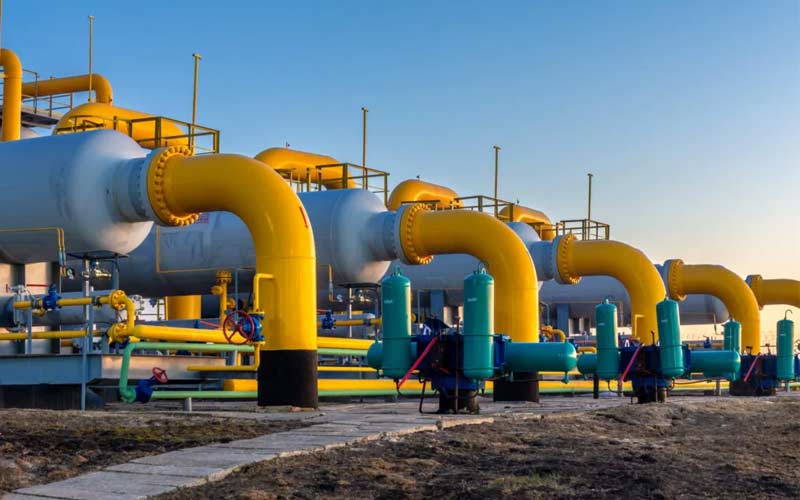 Norway does not consider an auxiliary international economic aid to lower the price of natural gas, as stated by the first Norwegian, Jonas Gahr Støre, on his official visit to Sweden on Sunday, August 28, 2022.

Today, the European political leadership speaks openly of an intervention in the electricity industry market, this interference refers to setting a ceiling on the price of the final service (Price-cap) of electricity. Undoubtedly, this measure will have an immediate contagion effect on other regions of the world, due to an economic recession.

However, current electricity prices are derived from a strategically restricted supply of natural gas due to a war conflict, which has increased the cost of producing electricity to current levels. In short, the increase in the price of electricity is beyond the responsibility of the electricity sector still less of the political authority.

In a spokesman for the Kremlin last week where Europe was threatened about how difficult it would be to face the coming winter. Yes, we conceive this statement only by analyzing the present, we are understanding the message very badly. Why?? The underlying message was to remind European politicians of the importance of the Russian (European) winter when bogged down and then defeating the Nazi invading forces as one of the fundamental milestones to end World War II. Natural gas is the new “Russian winter” as a war element. Therefore, this is the reason why the North Atlantic Treaty Organization (NATO) issued an almost instantaneous statement referring to this issue: European Winter 2022.

What is the big question in this situation? The answer is its elongation in time. Why? This is not a short-lived war-like six-day war (June 5-10, 1967). It is understood that this was the primary idea on the part of the invading forces, a huge miscalculation. We are facing a conflict, whose strategy is worn and torn, therefore, without light at the end of the tunnel for a long time. Regarding the uncertainty of the dispute, its duration, and destination, European politicians have been categorical and have riveted and riveted on this topic to such a frequency that it is difficult for the population to forget the reality to which it is subjected.

Undoubtedly, to China, the forgotten ally of the West during World War II, also, this undesirable situation is squeezing his shoes leaving them serious wounds in their public treasury, hopefully, and so, by necessity or common sense, the economic giant of the East will awaken to the damage that this context is causing in its own economy and will use the magic key If you read between the lines the Le Monde article mentioned in this note, some hope accompanied by minimal illusion is glimpsed.

The European Union (EU) has announced urgent measures to curb this unsustainable inflationary situation that can easily lead to a systematic crisis. As a result of the current financial situation, a decrease in the value of housing in certain economies of the continent is expected of up to 20%, in the next 12 months, mainly due to lack of demand and inability to pay mortgage loans, a fact that has been aggravated by the increase in the base interest rate by one of the central banks in the area. An economic measure that is being questioned because it is counterproductive in the current situation, as a result of the fact that the current inflationary process does not correspond to overconsumption in the private sector or to excessive spending on the part of the treasury, variants that usually lead to speculative processes. On the contrary, the bullish trigger is due to the lack of supply of basic raw materials initiated during the pandemic and now aggravated by the war.

There is an urgent need in the political sphere to adopt measures to overcome this uncertain and overwhelming environment for the population (cost of living) and costs for industry in all diversities. The electricity sector, a cardinal component in the production chain and a fundamental variable in the economic sphere, is undoubtedly the most affected by the historic increase in fuel prices.

If you keep in mind the intransigent position of Russia and the brand-new statements of the Norwegian Prime Minister, Jonas Gahr Støre, on an official visit to Sweden last Sunday, where the Norwegian Prime Minister affirms that his country does not contemplate international economic aid measures as a mechanism to reduce the price of natural gas. It’s a clear message to the Government authorities of non-fossil energy-producing countries that must find solutions at their own disposal so as not to further deepen the crisis and avoid the pollution effect on other sectors of the economy.

Today the main headline of the newspaper El País of Spain reports on the fiscal measure that will be coming into force from October until the end of the year with the concern of stopping the inflationary process, the president of the Spanish government, Pedro Sánchez announces the substantial reduction of the Value Added Tax (VAT) from 25 to 5% to the price of natural gas in line with the provisions assumed in this matter for Germany and France. In contrary to Spain, the latter two included a strong energy-saving component in their packages. The appropriate measures are perhaps, insufficient in view of the magnitude of the current economic crisis. I understand that the fiscal provision adopted today by the Spanish government should have a broader significance that includes the entire chain of the electricity industry to have some reasonable expectations to navigate the current storm.

During that period, he had the opportunity of participating in the drafting of the Support for the Central American Process of Construction of Self Capacity for Democratic Governance, and the Agenda for Democratic Governance in Central America among others. In 1997, Mr. Toro Ghio joined the Organization of Iberoamerican States for Education, Science, and Culture (OEI) in Madrid, Spain where he was responsible for drafting the Nicaraguan chapter for the Iberoamerican Guide to Public Administrations of Culture for the Summit of Heads of State.

While on a special mission for the United Nations’ Development Programs in Colombia, Mr. Toro Ghio was responsible for the preparation of a Project Document for the purpose of contributing to the Peace Process developed by the Government, together with the civil society, through the subjects of Culture, Development, Human Rights, Education, Gender; Governance and Poverty through a Mass Media Campaign. Mr. Toro Ghio holds a Bachelors degree in Sociology from the Central American University with Graduate Work in Drafting and Evaluation of Projects from the Monterrey Superior Studies and Technological Institute, with studies in Theory and Tools of Harvard Negotiations from CMI and Harvard University.

Pacers lose to Nets despite 30 points from Chris Duarte