What if we unite as a people? 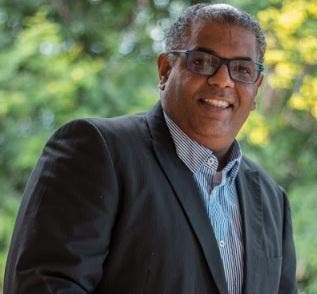 The years have passed, and only the memories of the bad presidents, the ambivalent in power, and the dictators remain; poverty allows us to remember the disorder of the rulers and the weak commitment of a people formatted and trampled by the bad practices of cowardly and wretched leadership.

The basic needs, the simple, the obvious, are the traces impregnated in the uncertain and insecure streets of a beautiful country treated with demagogy and political sagacity; we can only ask ourselves the question, What if we unite as a people?

It is time to reflect and act to form a critical mass that will not be dominated by sectors not interested in the poor class moving into the middle class.

The years have passed, and we continue to see the parties with the same behavior and without permanent solutions. What would happen if we united as a people? If we unite as a people, we will be able to visualize the country as it is and how it should be; another social miracle is to understand what is most important for the people and the country.

If we unite as a people, we will not let the traditional parties become the judges of the rules of the Dominican State.

A French novelist and thinker expressed that utopia is the beginning of all progress and the design of a better future.

What future do we hope for? As Dominicans, we need to think in utopias, in something big; this helps us to embrace a more measurable future and with clear goals; the evil and corrupt politicians do not have utopias; they do not think in a fair society with equity and decent, neither the despot nor totalitarian, they only believe in themselves, in the immediate, they are ephemeral and beggars, they do not measure the time they have left in this earthly village, they do not have a vocation of service due to their little moral and ethical evolution; for that reason, utopia is not part of them, and they are not interested in us uniting as a people determined to turn the rudder of the Titanic, they prefer the country to sink in the sea of misery.

The people are also guilty of sustaining a dysfunctional system, but we must clarify that the people are the result of those who have modeled the exercise of governance. It is like a dance, one invites, and the other accepts.

The people must understand that we can be better, and it is possible to generate changes; it is not about the left or the right. It is about uniting in each municipality and asking ourselves the question: What future do we want? How is the country, and how should it be?

We invite the Dominican people to create small groups in their communities. These people are not party fanatics who use their time as a vocation to bring new answers to every Dominican family.

What if we unite as a people? A revolution would happen, the middle class would be more significant, more citizen security, the parties would function as a channel to materialize real democracy and not in arbiters of everything, the business class will be safer and more efficient, and we would have less criminality, we will have the country we desire.

We must say it clearly; none of this will happen with the parties already in power; they are all compromised and flawed. Therefore, there is only one solution: Unite as a people! That’s right: Unite intentionally!