The US, Florida politics and Cuba 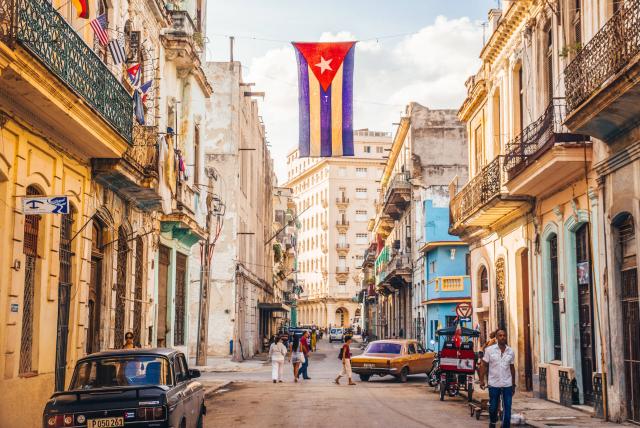 Just over a week ago and for the 30th year running the UN General Assembly voted overwhelmingly in favor of a resolution condemning Washington for its continuing embargo on Cuba. The vote passed by 185 votes to two, with two abstentions. Those voting against were the United States and Israel. The two abstentions were Brazil’s then yet to take office new government, and Ukraine.

Despite this, there are few signs that bilateral relations will improve, or the embargo be significantly modified.

The decisive win in Florida by its Republican Governor, Ron DeSantis, who may well now decide to challenge former President Trump to be the party’s candidate in the 2024 Presidential race, recent US opinion polls, and the strong showing of Cuban-American candidates in the swing state make clear that Cuba will remain a politically potent issue in US domestic politics. That is, one limiting the ability of both Democrats and Republicans to respond rationally, despite the danger that the pressure cooker effect of the embargo may exacerbate internal economic tensions in Cuba with destabilising consequences for all in its periphery.

On the island, power outages, food and medicine shortages, transport difficulties, a lack of maintenance of critical infrastructure, price inflation, growing inequality for those without access to external financing from family and friends overseas, migration, bureaucracy, illegalities, and disaffection among many of the country’s young, continue to be exacerbated by the embargo.

Together they threaten unpredictable social, migratory, and geopolitical outcomes in a country in which conservative and more liberal factions within the Communist Party, military, and government appear unable collegiately to agree on how a more liberal socialist market economy might rapidly be created.

Despite this, much of the world’s media take little notice of the detail or substance of what is happening or being said in Cuba, trying instead to assess the complexity from one or another politically partisan perspective without ever having been there.

I observe this as someone who since the 1980s, has visited, has engaged in dialogue in Havana, Washington, London, and Brussels on economic and political issues in various professional incarnations, and who now edits the weekly publication Cuba Briefing which tries to convey apolitically and factually to an international audience the complexity of what is happening inside the country and beyond.

Seen from this unusually long immersive perspective, the Cuban Communist Party and Government now appear to be locked into a race between its limited ability to deliver this year and next a modicum of economic recovery and address genuine social disaffection and the impact of US policy, while trying to respond on its own terms to geopolitical issues in ways that do not undermine national sovereignty.

The immediate challenge for the Cuban government is quite literally and metaphorically proving to the Cuban people that there is light at the end of the tunnel. Post-pandemic, the economy is slowly recovering but has been set back by constant power outages affecting both domestic and industrial supply, something unlikely to be fully addressed until sometime next year.

More positively, by the end of 2023 Cuba should again be receiving visitor numbers close to those it saw in 2019. If this happens it will ease both the country’s foreign exchange shortages and see a much-needed cash injection into the informal economy. The outlook for nickel is bright, opportunity potentially beckons in relation to bio-pharma production in other countries, while the production of gold and the onshore recovery of oil also show promise.

Set against this, agriculture is in a parlous state with the emphasis now on self-sufficiency. The country has embarked on the restructuring of sugar as a slimmed down fully integrated sector needing to shed workers and has seen its high value export tobacco sector seriously set back by Hurricane Ian. More generally, the country is highly indebted, and the combined effect of sanctions and foreign exchange shortages are resulting in higher costs for imported inputs for everything from oil to spares.

Government’s response to the consequent economic and related social crisis has been mixed.

At one level it has sought to activate the country’s natural entrepreneurial talent through limited private sector enabling legislation, allowing self-managed but partially constrained enterprises to be established; at another it has devolved aspects of fiscal, regulatory, and other forms of authority to provincial and municipal government in the hope that greater efficiencies and productivity might be delivered locally by what are still largely conservative subsidiary bureaucracies.

But what it has not so far dared do, seemingly for internal political reasons and fear of US manipulation, has been to free the private sector and foreign investment in ways that Vietnam and China have demonstrated work for socialist economies.

At another level, the Communist Party is clearly concerned about how it relates to the country’s young who for the most part think differently from the older generation and are disinclined to respond to political exhortation. In a recently published commentary, Cuba’s President told a meeting of the Union of Young Communists a national strategy was required to ensure that young people feel able to achieve their ambitions in Cuba. This requires, he said, “rescuing values” with answers “not alien to young people.”

A further indication of the difficulties facing the government is the stated need to do more to restore confidence in relation to what the President recently described as “the illegalities, theft and abusive prices imposed on the population,” perpetrated, he said, by a new “caste” operating “an underground illegal economy at prices few people can pay.”

Together, these and other domestic challenges explain the sense of national weariness – accurately portrayed by Elizabeth Dore in her recent book ‘How Things Fall Apart: What happened to the Cuban Revolution’ – particularly among Cubans who valued the now gone economic equality that the country’s revolution delivered.

The response to pent up accumulated frustrations could be seen in the widespread street protests of July 2021, the harsh reaction that followed, subsequent smaller sporadic events, prosecutions and pressure on groups seeking change and greater personal and artistic freedoms, and now-surging undocumented migration.

All of this comes as President Diaz Canel is seeking “a respectful dialogue” with Washington and “a narrowing of relations, regardless of the ideological differences”; the island has greater support across Latin America; US-Venezuelan relations are easing; Russia is studying a Cuban proposal on the provision of regular shipments of oil and derivatives, fertilisers, and wheat, possibly settled in Roubles; and a much closer economic relationship is being sought with the Eurasian Economic Union, China, and Vietnam.

Regrettably, no one is asking what happens if US pressure succeeds, there is an internal breakdown of order in Cuba, people flee, and their relatives cross the Florida Straits to help them, triggering long-term instability and offshore opportunity for narco-traffickers or worse, causing further harm to the Cuban people. Or alternatively, whether the US (or Cuba) really want the island to again become economically dependent on Russia?

The absence of serious bilateral dialogue, the embargo, and US policy developed through the prism of Florida, provide no answers.

David Jessop is a consultant to the Caribbean Council
Earlier columns can be found at https://www.caribbean-council.org/research-analysis/
[email protected]