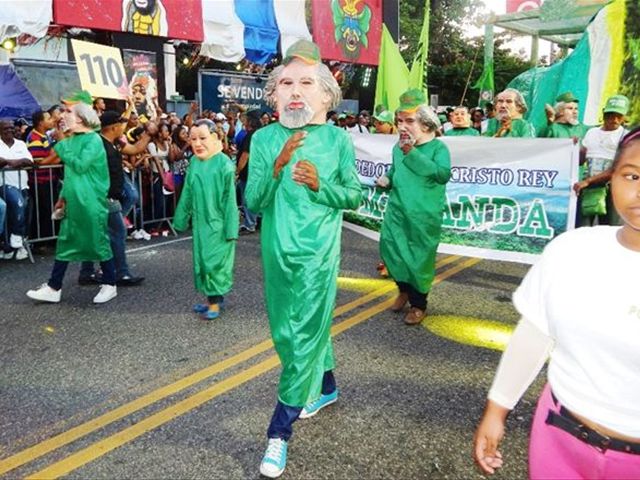 SD. The National District’s second Carnaval parade was held Monday on Máximo Gómez Av., where more than 50 groups throughout the city came together to fill the route with color and creativity.

The troupe from the barrio Cristo Rey featured an effigy of radical pries Rogelio Cruz -stone in hand-, to satirize the prelate’s struggle against the planned gold mine at Loma Miranda.