NEH funds CUNY DSI study of Dominican music in the US 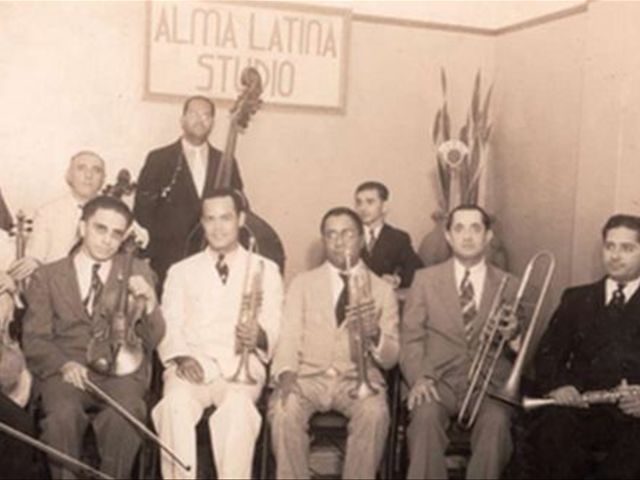 The CCNY-based CUNY DSI has received an NEHgrant to study the history of Dominican music in the U.S.

The CUNY Dominican Studies Institute at TheCity College of New York is embarking on another ground breaking digitalproject. A $100,000 grant from the National Endowment for the Humanities (NEH)will fund the first online study regarding the history of Dominican music inthe United States.

CUNY DSI Director Ramona Hernández, professorof sociology in City College’s Colin Powell School for Civic and GlobalLeadership, heads the project. "This is a collective effort that bringstogether young researchers at CUNY DSI: John Bimbiras (music), Ruth Lizardi (art) and Jhensen Ortiz (librarian),along with an elite group of academic experts in Dominican music." saidHernández. “It was a very competitiveundertaking but we have a unique story to tell, and in telling this story wealso contribute to the visibility of important missing chapters in thehistorical narrative of this country’s cultural and humanistic legacy.”

The endeavor is one of 290 humanities-basedresearch projects in 43 states, the District of Columbia, and Puerto Rico toreceive a combined $16.3 million in awards from the NEH.

“The humanities help us study our past,understand our present, and prepare for our future,” said NEH Chairman WilliamD. Adams. “The National Endowment for the Humanities is proud to supportprojects that will benefit all Americans and remind us of our shared humanexperience.”

CUNY DSI is the nation’s firstuniversity-based research institute devoted to the studying people of Dominicandescent around the world. Its recentpioneering achievements have included rolling out a unique paleography tool todecode the various Spanish-language writing styles common in the 16th and 17thcenturies. The “Spanish Paleography Digital Teaching and Learning Tool” makesit possible to teach anyone to decipher and read the handwriting styles used inthe Spanish-speaking world during the colonial era.

CUNY DSI has also launched the first digitalplatform in academia presenting a comprehensive history of the Americas’earliest African inhabitants. “FirstBlacks in the Americas/Los Primeros Negros en las Américas,” is a fullybilingual archival resource in English and Spanish. It is the first platform tomake this kind of collection of sources available on the internet to thegeneral public.