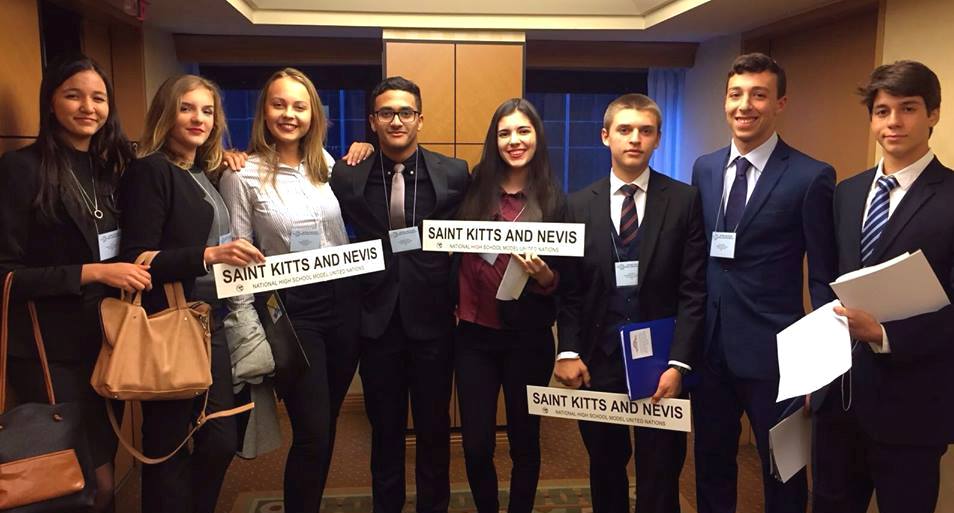 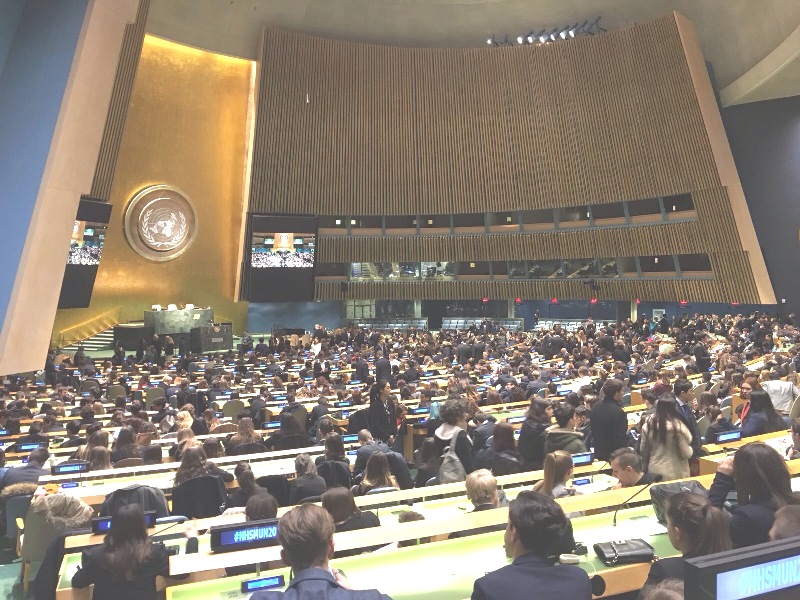 Sosua, Dominican Republic.- This year, the International School of Sosua Model United Nations (MUN) team was formally invited to attend the annual National Model United Nations conference in New York City on March 15th – 19th, 2017. After five years of applying for a spot, Barbara Farina, the MUN team advisor, proudly announced to her team that they were accepted into the world-renowned conference, held at the United Nations Headquarters.

Several thousand high school students come together from dozens of countries around the world to debate current global issues and propose solutions to world problems. The eight anxious and excited members of the team from International School of Sosua were ready to depart on Tuesday the 14th when they received the unfortunate news of a blizzard warning in New York City.

The team lost one day due to flight cancellations, having to leave school at 6 pm and spend the night sleeping in the airport. Tired and rushed, the students boarded their plane at 6 am, but thankfully, they arrived at conference on time and ready to dive into the experience. Well prepared and ready to embrace the challenge, the eight high-schoolers, consisting of four girls and four boys, were ready to discuss world problems in their commissions.

With a full schedule of working late into the night and sightseeing in the mornings, the exhausted delegates surpassed all expectations. Our ISS students successfully sponsored two draft resolutions and five amendments, participating and stating their opinion to the floor and meeting people from all over the world.

As a result of their exceptional performance, a few days after landing back in the Dominican Republic, the ISS MUN team was invited back to the NHSMUN in NYC conference for the following year.

Following the invitation, the team was also invited to participate in a conference in Santo Domingo this April, hosted in UNIBE by St. Michael’s school. This conference in Santo Domingo provides an exciting opportunity for eighth grade delegates to participate in an additional commission, and we are ecstatic to bring 29 students from the International School of Sosua to gain Model United Nations experience and continue to build the program.