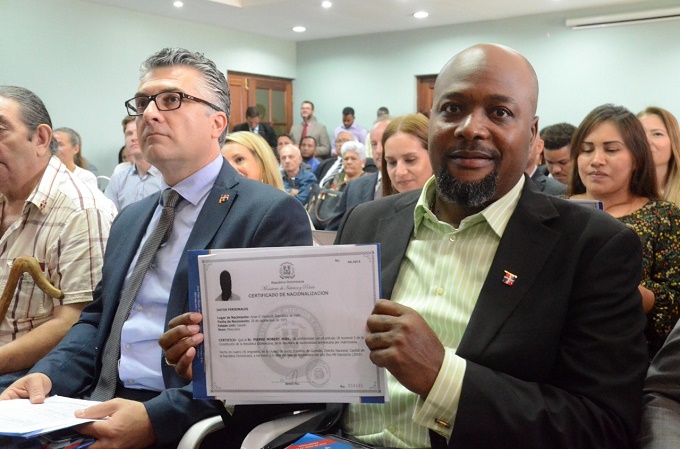 Santo Domingo.- The Interior and Police Ministry on Thursday held its seventh induction ceremony this year, in which 34 people of different nationalities swore for the Dominican flag.

Deputy minister for naturalization and immigration, Luis Fernández, headed the ceremony, who also administered the oath.

In an emailed statement, the official said the legal framework supports the process, as well of the Declaration of Human Rights, which give citizens the right to dual citizenship. “On this occasion, the highest number of those nationalized is from Cuba, with six people, followed by Italy, with three.

In the seventh ceremony thus far this year, 18 men and 16 women naturalized, of which 20 were by marriage, 12 by the ordinary procedure and two for being offspring.