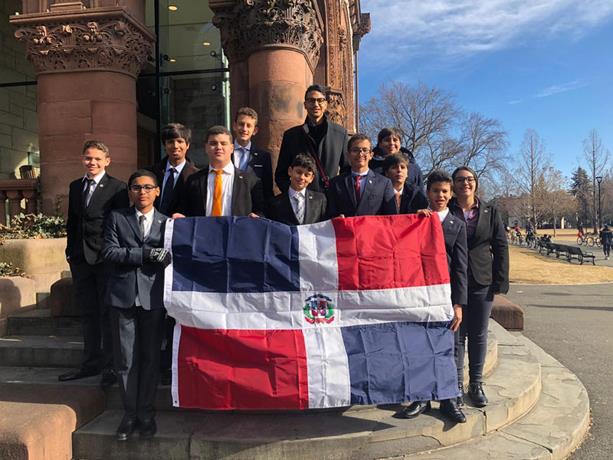 Result The jury evaluated the students with high marks.

Twelve students of the ABC school represented the country in an educational day, held at Harvard, achieving good performance and high scores by the jury.

Around 3,500 students from around the world participated in version 45 of the Annual Harvard National Forensics Tournament, from Harvard University, in Massachusetts, United States.

The students of the Americas Bicultural School (ABC) were part of that figure. The team participated in the ‘Public Forum’ mode, obtaining eight rounds of debates in the categories of ‘Middle School,’ ‘Novice,’ and ‘Junior Varsity.’

“It was a hard three days. The students were able to work on various aspects, such as mastery of time, access to information and their speech and speaking skills,” said Deborah Defilló, coordinator of extracurricular activities at the school and ‘coach’ of the ABC Debate Team.

He reported that when doing their evaluations, the judges assigned high scores to some of the students for their performance. The day is characterized by the opportunity it offers its participants to interact with students from different cultures.

“Harvard was a new experience, a great honor to have attended and a memory forever. The best thing was to share the experience with my friends,” said Joseph Fayad, eighth grade student.

Orlando Yanez, seventh grader, said: “I learned a lot not only from debate, but also from sharing with new people.”

“It was a trip to learn to debate and to know how others debate. It was an enriching experience,” said Larissa Lama, a seventh grade student.