You’re on an island. The cultural exchange of dining etiquette and pleasantries 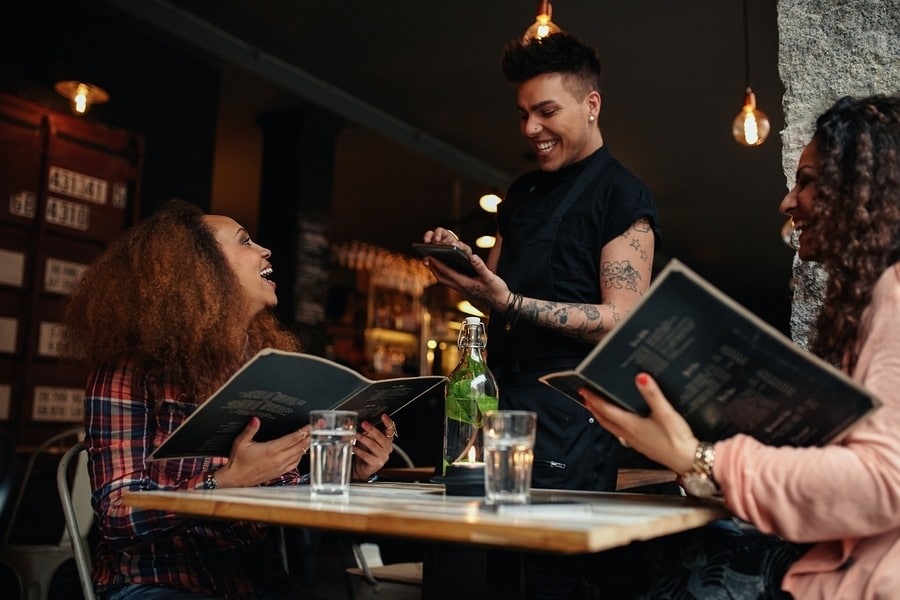 Waitstaff have dreams and heartaches too

This week I would like to address a subject that comes up many times a week amongst expatriates, locals, and tourists alike: service.

Specifically, the type of service we’re talking about here is that of the waitstaff in restaurants.

Having traveled through and lived in many different countries, I have noticed a few areas where cultural behaviors are quite at odds from one another. One area that differs quite vastly is dining: how it is done and what is expected.

Most Americans and some Canadians are accustomed to eating quickly and leaving immediately upon completion of their meals wholly unaware that this is not how dining is done in most other countries and regions of the world.

In America, restaurants and other eating establishments are in a heated rush to turnover as many seats as possible in order to extract the greatest profits over the shortest times. In the U.S. dishes, indeed often with remaining meals still in them, are swiped quickly away after most of a tables’ occupants appear to have finished their meals in order to free the table. 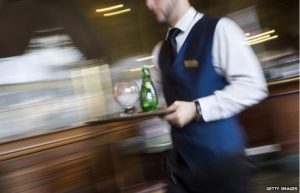 I have had this happen a number of times in the U.S. The more polite American waitstaff will ask if you are finished but surprisingly many simply swipe up all the plates and render the bill as they mechanically ask if there is anything more.

I seldom ever had this experience in many parts of Europe or Mexico (with the exception of American-owned establishments) where lingering is the order of the day. In many nations and most of Latin America, it is customary to linger at length over conversation with coffee or other drinks after dining.

It is also considered rude or simply poor etiquette to bring the check before the customer requests it.

All of which brings us to what is commonly seen or heard in the many restaurants and cafes around the DR. Many North Americans perceive the slow relaxed service they receive as “bad service.” In fact, it’s just the expected norm of local cultural custom.

If you want or need something just flag down your server and they will accommodate. But try to relax and be relaxed about dining. Also, please be patient and polite with your server. Things in the tropics just tend to happen at a slower, more relaxed pace and tempo. In addition to the cultural differences, there is a language barrier and you are in their country, not the other way around. Tourists are far from being their only patrons. Many locals also frequent the restaurants and cafes.

You also know nothing about your server. Treat them with the kindness and respect anyone should receive—not as if they were merely some subservient unsentient being created only to serve you.

Recently my ladyfriend and I were dining at Nelson’s Bistro Lounge, one of our favorite spots in Sosúa to spend an afternoon in shaded, greenery-bounded coolness. We frequent Nelson’s and have become acquainted with some of the staff as well as the owners on a first-name basis. We would like to know more about them personally but they are usually too busy with other customers and the demands of the restaurant. Even so, we’ve managed to know at least something about their personal lives. And that has contributed greatly to our sense of community.

We asked our waiter Placido where Julio was as we hadn’t seen him in a while. Placido proceeded to explain that Julio had landed a job with Sosua Ocean Village designing and rendering graphics which is what he is educated to do.
Although we are happy for Julio we are a bit sad for Nelson’s as his smile and soft-spoken warm demeanor will be missed.

And this underscores the simple humanity of treating one’s waitstaff with respect, dignity, and common decency. One just never knows whatever other skills, talents, training or education one’s waitperson may possess.

A little kindness and consideration go a long way. And this axiom is no truer than when its aspects are applied to cultures and people outside our own.

And though this may apply to many nations: when in the DR slow down a little. Take a deep cleansing breath, and the time to breathe it all in, understand and appreciate the differences.

After all, aren’t the differences a big part of what brought you here in the first place?

So next time your food’s taking too long, the service isn’t fast enough or the check doesn’t immediately follow the meal, remember where you are. You’re on an island. You are way down in the Caribbean. Things are different here. Give your servers a break.

You may just surprise yourself, make a new friend, learn a new relaxed way to approach the world or simply just enjoy your meal that much more.

You may just surprise yourself, make a new friend, learn a new way to approach the world or simply just enjoy your meal that much more. 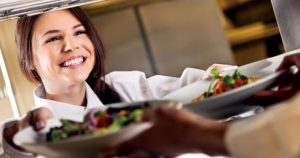 At the very least, you may end up sharing a few smiles instead of hard feelings.

There’s far too little of that in the world today.