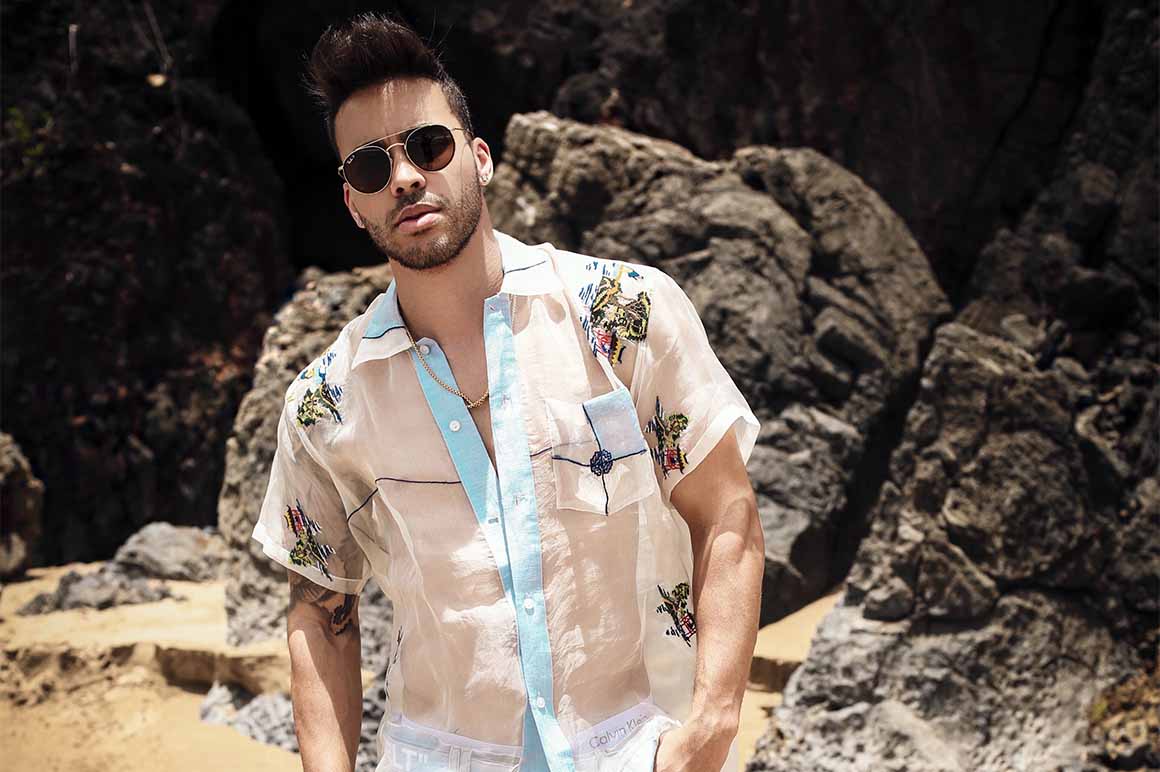 The video clip was recorded in Samana, Dominican Republic under the direction of Fernando Lugo. The province of Samaná is a natural paradise where beaches, mountains, and forests combine in dramatic vistas. The video was recorded in several points that are emblematic of the destination such as the Avenida de la Marina with its colorful houses and the Brug Bridge and also in remote locations such as several paradisiacal beaches. The short film features the special participation of Dominican actress and announcer Karina Larrauri.

“Samaná turned out to be the perfect place to record the video of Dying Alone. Nothing better than a romantic bachata in a Dominican paradise,” said Royce.

Dying Alone is the fourth song of the artist’s next album, titled  Alter Ego. Each of the previous singles has been certified multi-platinum and has millions of reproductions. The first single was the urban theme El Clavo (and its remix with Maluma), followed by Addict, a bachata with Marc Anthony and two months ago Cure Me with Manuel Turizo, a theme that has already been certified Double Platinum in the United States and it has more than 175 million reproductions on digital platforms. Heal Me reached # 5 on the Global YouTube list of all music videos worldwide and remained in the Top 5 of the Global Viral chart on YouTube for 7 weeks, reaching position # 3.

Over the past 8 years, the award-winning multi-platinum singer and songwriter of Dominican heritage Prince Royce has become a true superstar, with 17 number one on the radio, 22 Billboard Latin Music Awards, 19 Lo Nuestro Awards, 19 Youth Awards, 6 LatinAMAs, and 12 Latin GRAMMY nominations.

The superstar has a massive fanatic with more than 55 million followers on social networks and has filled capacity concerts in many of the most prestigious venues in Latin America and the United States. In February 2019 Prince Royce made history by becoming the first and only tropical artist to perform at the Houston Rodeo at NRG Stadium where he attracted more than 55,000 people to his concert.

His most recent record production,  FIVE , was released in February 2017 and is Royce’s fifth album. The album debuted # 1 on Billboard’s Latin album list and earned Royce the highest sales of the first week of any Latin album in the two years before the release. The album has been certified Multi-Platinum by the RIAA in the United States and has multiple international certifications. The production was also included in the coveted list of the “Best 10 Albums of the Year” by Billboard magazine and Royce was named as one of the “Best Latin Artists” of 2017.

Some of his collaborations include Shakira, Chris Brown, Jennifer Lopez, Selena Gomez, Becky G, SnoopDogg, Pitbull, Thalia, Maná, DaddyYankee, Anitta, Ludacris, J Balvin, BadBunny, Farruko, and Maluma, among others. Prince Royce has also begun to gain territory in his acting career and co-starred as Pedro in the Fox Live music broadcast “ThePassion” in 2016 and as part of the cast of the hit Hulu series, “East Los High.” In 2018, Royce had a special participation as a guest star in the Disney television movie, “Elena of Avalor: Song of the Sirens,” in which he played the character of Prince Marzel.

On August 9, 2018, “Prince Royce Day” was proclaimed in New York City by Mayor Bill de Blasio, for his contributions to society and for being a role model for youth. He has entered the Bronx Hall of Fame with a street that bears his name and ran in the world-famous New York City Marathon to raise funds and raise awareness about the importance of education in public schools and kidney diseases.