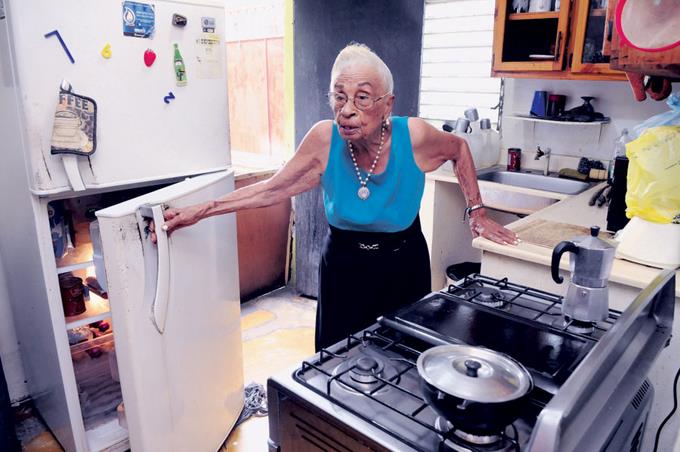 Ana Gertrudis Cerda has knee problems but that does not prevent her from moving at home to cook and wash her clothes. It moves from one side to another attached to the walls and furniture of the home, so as not to fall. JORGE CRUZ / DAILY LISTIN. 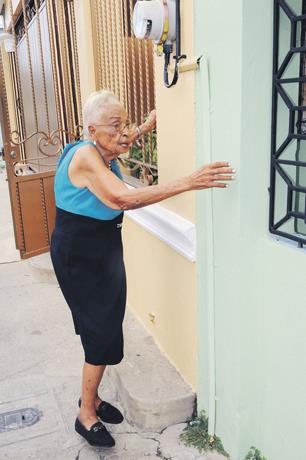 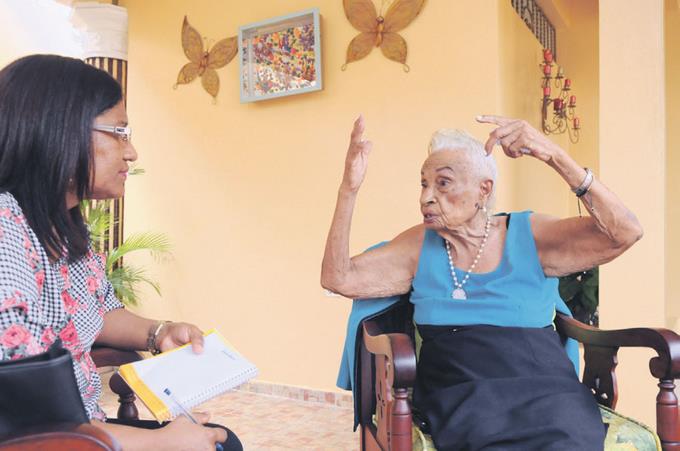 Relying on the walls and appliances, Ana Gertrudis Cerda, who turns 101 in November, cooks and washes her clothes.

Doña Ana, as she is known in the La Joya neighborhood of Santiago, where she lives, only has knee problems due to age, but her mind is lucid and she talks enthusiastically.

She has no favorite foods. “I am a horse with a good mouth,” she emphasized because she eats everything that appears. “Understand that the poor cannot be selective. I like everything, anything that is made,” declared the centenarian.

Doña Ana noted that she gets along well with neighbors and has never had enemies. Two neighbors take turns to accompany her, one day and one night, without pay. “My neighbors are like my family, my neighbors are good and I am good with them,” she said.

She says she feels satisfied with what God has given her, although she has grown precariously because she says that now she lacks nothing.

Doña Ana emphasized that she is happy every time she wakes up. “My medicine is my children because they never gave me problems or headaches,” she said.

Her children not only provide what she needs, but they call her on the phone every day since they live in New York, United States, so she feels satisfied, and considers them her “carnations.” To maintain that attitude, to eat everything, not have enemies, be good with neighbors and receive the economic and emotional protection of their children, is why she believes that God has allowed her to have a long life. And she hopes it allows her to accomplish more. She is the second of 7 brothers. Doña Ana is the only surviving family member.

Due to the economic precariousness of the home, as a child, she had to sell eggs, avocado, pigeon peas, fruits and other products on the street, to help her mother, with whom she grew up with her six siblings. “We grew up like that, but we were happy,” she proclaims. Therefore, she says she did not advance in school.

When she married, at age 18, the young girl continued to work hard. She moved to the capital, and next to her husband, she sold food in “fondas” and fried foods. Upon returning to Santiago, the informal sale continued. while her husband fixed shoes. “They taught me to work and take care of the house,” she said.

Origin. Ana Gertrudis Cerda was born on November 17, 1918, in Los Almácigos, Santiago. She is the second of 7 brothers, but only she survives. She now resides in the La Joya neighborhood, also of Santiago de los Caballeros.

She has 3 children and 12 grandchildren. As her children live in the United States, two neighbors take turns to accompany her, but her children take care of her needs.

She defines herself as a quiet woman, who grew up collected at home because she has always been a landlady. She still retains that behavior. 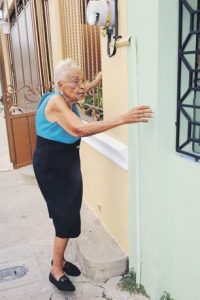 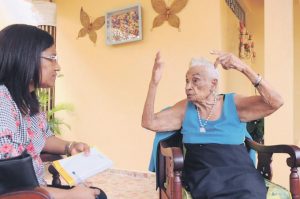 For the interview, Doña Ana wore a beautiful dress, put on makeup and rocked some jewelry.