Miguel Bosé: the coronavirus is “the great lie of governments” 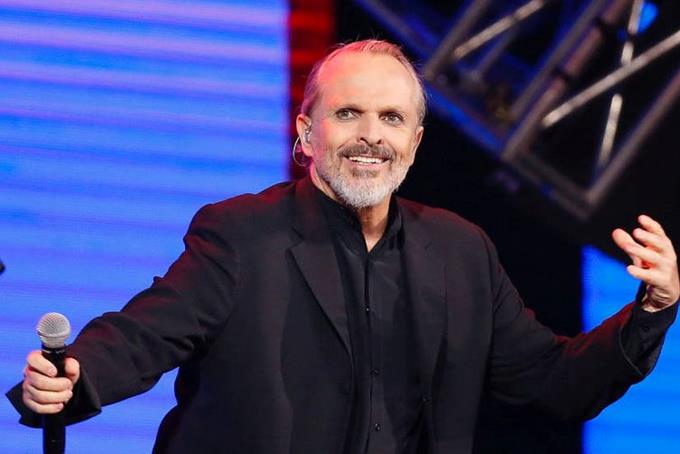 Miguel Bosé, 64, surprises with statements about the coronavirus.

The coronavirus, which has caused more than 386,000 deaths worldwide, but singer Miguel Bosé surprised Twitter by stating that Covid-19 “is the great lie of governments.”

“Switzerland, as the Nordic countries of Europe, knew from the beginning of the great lie of governments, that of Spain included,” he wrote on his wall along with a video in which people allegedly appear at a time of leisure in Geneva and are apparently not respecting the social distancing and other security measures to avoid contagions.

According to the man who narrates the video, these images are from June 1. The Swiss Government announced on May 29 the acceleration of the relaxation of restrictions and will authorize the opening of restaurants from June 11, so that the population “learns to live” with the virus in the absence of certainty about when there will be a vaccine.

However, it is not yet known whether these measures are being effective or are going to be counterproductive since a time margin is needed to measure the effects. Other countries such as France, Italy, or Spain had stricter confinement than Switzerland and, more specifically, the artist’s native country has been gradually returning to normal for several weeks, taking into account the number of infections and deaths by the autonomous community.

+ Danger of the 5G network
It is not the first time that Bosé reveals his skepticism about the coronavirus since April 29 he undertook through social networks the mission of informing his followers about alleged dangers of the 5G network, ensuring that it is related to COVID-19 and sharing video conferences on the subject.

“We are going to start putting the dots on the I’s. I start with this. I would like to have your comments,” he wrote along with a video of a talk by Thomas Cowan, who ensures that each pandemic that occurs corresponds to a “quantum leap” in the “electrification of the Earth and that when a living being is exposed to an electromagnetic field “it is poisoned.”

The content of this conference has been denied by multiple scientists and organizations. Still, Bosé has participated in online events and concerts to raise funds to help offset the ravages of COVID-19 and to help people who are suffering closely.

In recent months he has been dedicated to paying tribute to his mother, the Italian actress Lucía Bosé, who died on March 23. #AzulDeLucia has been the label through which he encouraged his followers to pay tribute to the actress by making blue masks and sharing any type of memory about her.