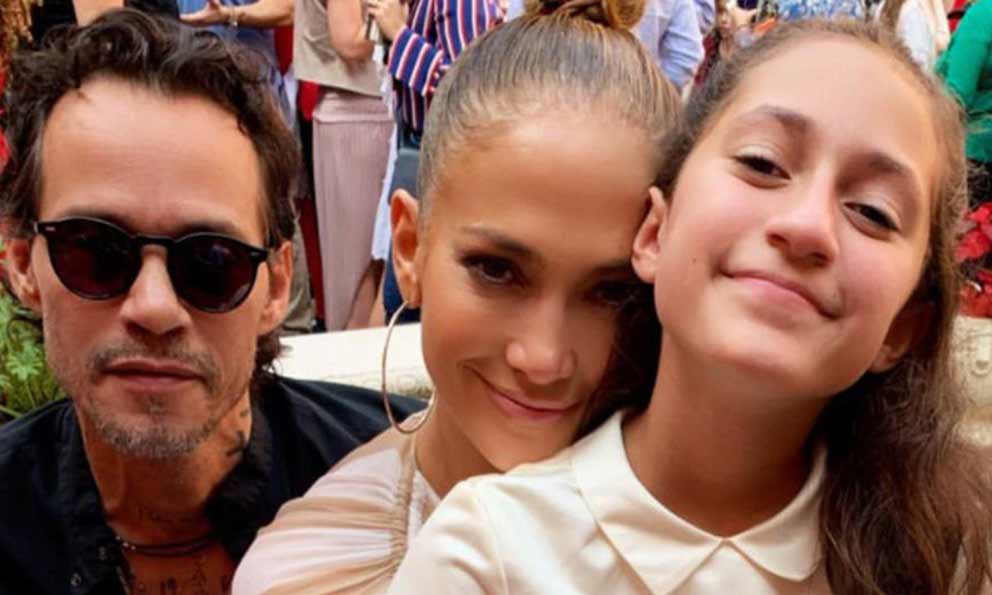 The news of the moment is the alleged separation of Jennifer Lopez and Alex Rodriguez. Is it definite? No one knows yet, but in the meantime, Marc Anthony has appeared on the scene.

In the message, in which Emme, 13, is seen crying and her father hugging her, while her mother is in the Dominican Republic filming the movie “Shotgun Wedding,” Jennifer wrote: “When they are sad, but mommy and daddy are there. #Coconuts. I love you guys; I’m so proud of you.”

The image was also shared with Marc.

Why would Emme be sad? Immediately, Internet users have begun to conjecture that if the breakup between the ballplayer and the actress is definitive, they say that her refuge will be the salsa singer since they have always maintained an excellent relationship as divorced parents.

Marc is single; at least publicly, he has no new partner after his relationships with the Italian model Raffaella Modugno and then with the American Jessica Lynne.

JRod, as they are known, separated, according to Page Six exclusively. According to this portal, the same one that previously reported the alleged rules of the artist towards the athlete, which included 24-hour access to his cell phone, indicated that the couple has already canceled their two-year engagement.

The couple lasted four years and got engaged two years ago during their vacation in The Bahamas when the ballplayer gave her a ring in 2019 valued at $1.4 million.

The stars began their relationship in 2017.

Jennifer’s last photo with Alex was on February 28.

They were also photographed last month happily embracing in the Dominican Republic, where Lopez, 51, is filming her latest movie, “Shotgun Wedding.”

Reports this week said their twice-postponed wedding was back on track. Rumors also surfaced infidelity on the part of the businessman, with model Madison LeCroy; although she denied having personal contact with him, explaining they merely exchanged text messages.

Sources have told Page Six that the couple had been in trouble for weeks. A source familiar with A-Rod said they broke up on Friday: “Now Alex is in Miami getting ready for baseball season, and she’s filming her movie in the Dominican Republic.

Rumors surrounding ARod have kept the “Diva of the Bronx” on fire, mainly the recent link with model Madison LeCroy.

According to the U.S. portal, Page Six, this made Jennifer set stringent rules for him.

Among the alleged new obligations, the singer would have 24-hour access to his cell phone or when he has a search to do, as well as the ability to track his whereabouts.

But there’s more: Alex will allegedly be monitored during “nightly curfews when he’s out with friends,” the source said.

Also, the singer, who doesn’t drink alcohol, has insisted on “a three-drink limit” for A-Rod when he’s out of town.

The rules are even stricter when it comes to travel. She is limiting her fiancé’s solo travel to business only and requiring the crew on the private plane they use to have “only male flight attendants.”

“Regardless of whether these latest rumors about Madison are true or not, Jennifer is humiliated,” the source noted. “That’s why she keeps him on a tight leash.”