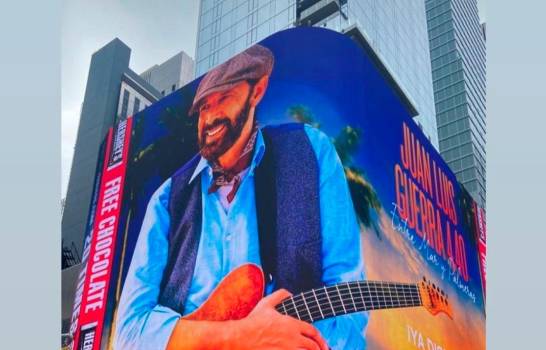 Image that the artist uploaded to his Instagram stories, taken by one of his fans. (EXTERNAL SOURCE )

In June last year, the 4:40 frontman presented the album on all digital platforms under the distribution of Rimas Music.

“Rosalía Live,” the first single from the album, reflects for its author the joy of its land, the warmth of its beaches, and the ideal song to celebrate the 30th anniversary of the iconic album Bachata Rosa. The rest of the album is like the soundtrack to some of the most cherished memories in the lives of millions of people who have enjoyed his music over the past four decades.

In addition to the album, the singer-songwriter presented the exclusive HBO special, accompanied by his legendary band 440, in which Guerra appeared before the waves of the sea and the beautiful palm trees, in that incredible scenario of the Caribbean, performing a repertoire that combines his classics and his recent successes.