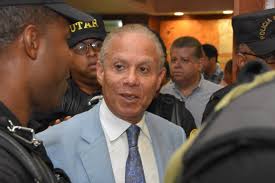 Santo Domingo.- After eight months of debates in the trial and with the confidence that it will achieve a conviction, the Justice Ministry yesterday requested that the main defendant for the US$92 million of the Odebrecht bribes, Ángel Rondón, be sentenced to ten years in prison, as well as for former Minister of Public Works, Víctor Díaz Rúa.

But the representatives of the Special Prosecutor for the Persecution of Administrative Corruption (Pepca) did not stop there. They asked the judges of the First Collegiate Court of the National District that together with the penalties, all the defendants be stripped of millions in assets that are allegedly the product of the acts of corruption committed by them to benefit Odebrecht with state works.