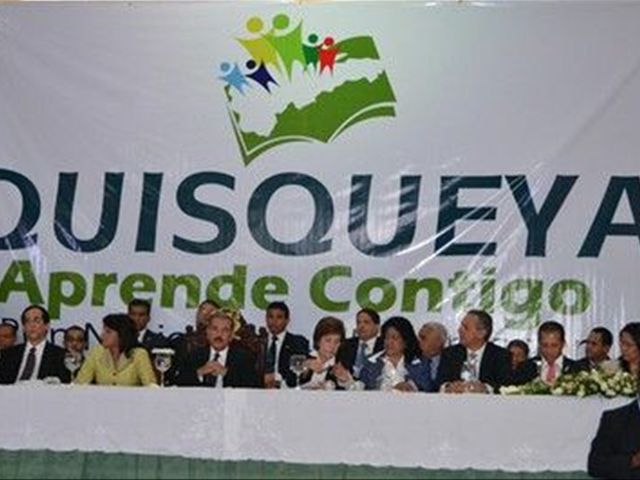 Santo Domingo.- When the government launched the ambitiousproject "National Literacy Plan Quisqueya Learns With You" On January7, 2013, with high expectations and goodwill by president Danilo Medina., itwas the first time that the state turned its eyes toward adults who couldn’tread or write and signed their names with an X.

The project became a sort of battle cry for Medina’s recentlyinaugurated administration.

Medina had pledged to vanquish illiteracy in young peopleand adults "within two years." But three years and six months have passedand the country still waits.

In fact the plan hasn’t even met its initial promise toalphabetize more than 850,000 people. The Plan’s most recent report releasedJuly 8 reveals just 591,603 graduates, or 70% of the promised to achieve in twoyears, according to figures compiled by outlet elcaribe.com.do.

To mark National Literacy Day, Education minister CarlosAmarante called on all sectors to join forces so that Dominican Republic can bedeclared free from the social scourge by yearend 2016.