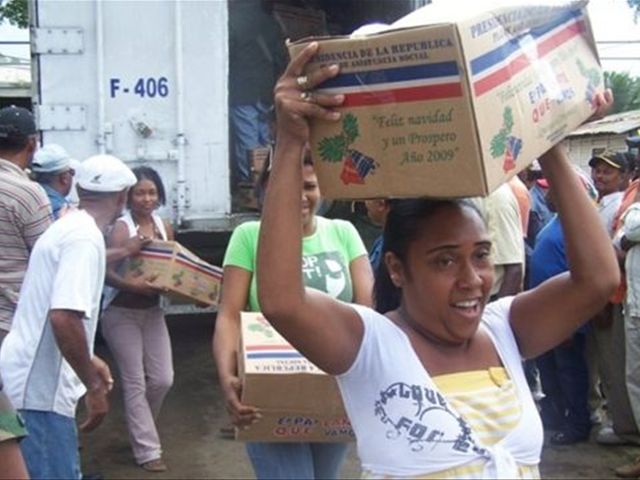 Santo Domingo.-The long lines and disordersduring the traditional deistribution of "Christmas boxes and baskets"by former and sitting presidents, political parties and other institutionsreflect a lack of mentality of the ruling class and the misery of a people whichhas become accustomed to living with handouts.

At the end of every year society is witness tohow throngs of people withstand pushing and shoving to receive a Christmas boxor basket with foods and beverages worth not more than US$500 (US$11).

As a result of the people’s despair this year,groups set out looking for the trucks and containers with the boxes, and haveeven resorted to ransack them, as occurred in the last few days.

The tradition started by the late presidentJoaquín Balaguer evolved into the shameful spectacle of piglets, salamis andchickens hurled from motorcades and helicopters to crowds in the thousands atseveral barrios by one of his most privileged followers, senator Amable Aristy.

The traditions has even been adopted by formerpresident Leonel Fernández, despite his often voiced claim on the need for sweepinginstitutionalism.