Half of Dominican households earn 20% less than what they need 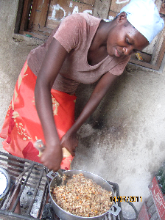 Santo Domingo.- 50 out of 100 Dominican households earn up to 20% less than what they need to cover the monthly expenses, says the report “Minimum Wage Proposal for the Non-Sectorized Private Sector.”

It calculates the total deficit of the families at RD$12.06 billion (US$ 255.0 million), taking into account the employment income.

“This is equivalent to 22.6% and 30.3% of total and labor income received by households,” says the report by the Citizen Observatory of the Labor Market (Obcmetra) and the Santo Domingo Sate University’s (UASD) Economics Faculty.

The report sent to the National Wage Committee for discussion blames the situation on that wage increases in relation to GDP has lagged behind for more than two decades.

“The modest growth of the real minimum wage, compared to GDP growth, was not only the lowest in the region in the last decade, but even negative,” the report says.

It adds that the Dominican Republic is the fifth country with the lowest wage/ GDP per capita ratio, which weakened significantly over the past decade, falling from 0.47 in 2000 to 0.33 in 2015.