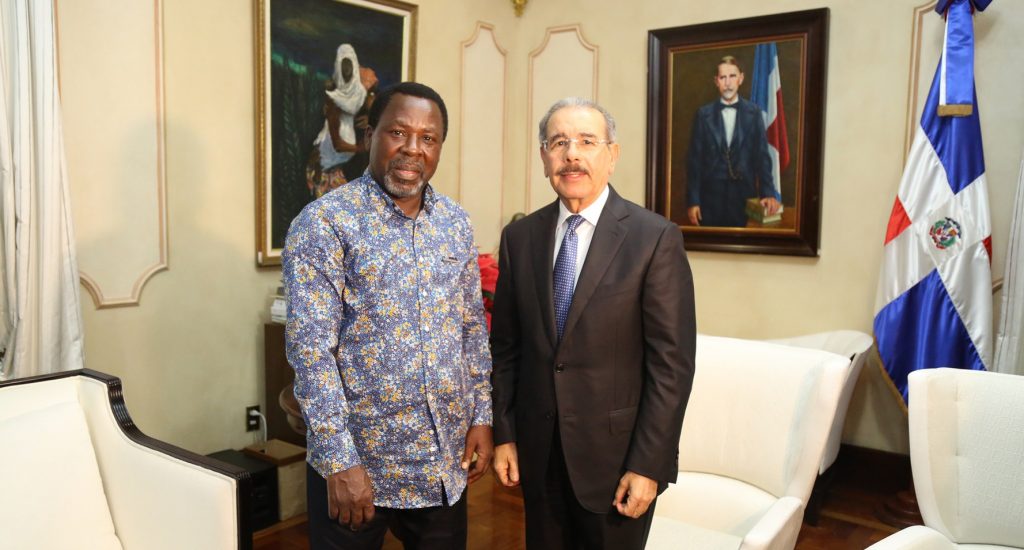 The so called “prophet” from Nigeria and creator of the Church of All Nations Synagogue (Scoan), was greeted at the airport by dozens of parishioners while officers rendered the military salute.

Joshua met with president Danilo Medina in the National Palace, reportedly on a courtesy visit in where they “talked about various issues of the religious world and current affairs.”

The Presidency said the meeting was coordinated by the Christian community leader, bishop Elvis Medina.

Mateo slammed the official reception for the preacher, a supposed “miracle healer,” noting that in the early 1990s, another “prophet,” from the Philippines, conducted “life-saving surgeries” by using chicken entrails to deceive observers.