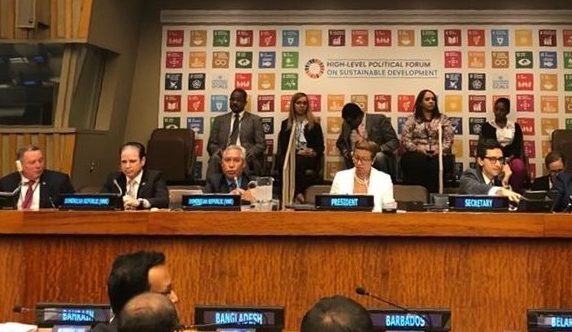 Santana said in 2000 the proportion of the forest area was 30.8% with respect to the total surface and 41%, in 2015, an increase of 11 points, though still below the level of Latin America and the Caribbean.”Monetary poverty levels are around 25.5% in the present (40% in 2003), multidimensional poverty is 21% and extreme poverty is below 6%.”

Dominican Republic’s report “is clear evidence of that commitment and support from the highest level of its political bodies and the efforts that, as a society, we are developing to meet the challenges of integral development without leaving anyone behind.”

Santana heads the Dominican mission at the High Level Political Forum on Sustainable Development sponsored by the UN in New York from July 16 to 18.