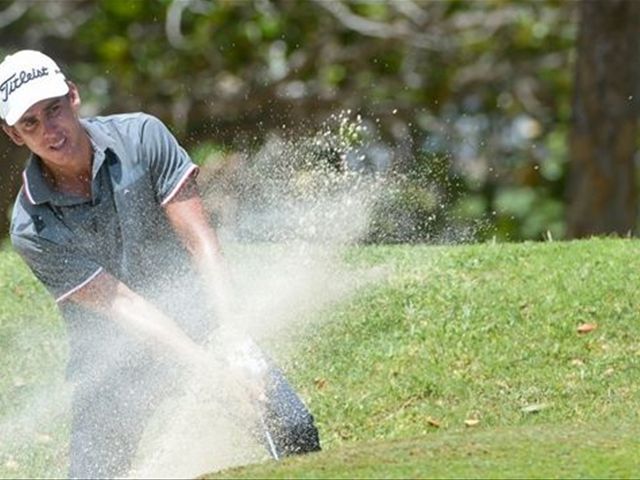 La Romana, Dominican Republic.- Rodolfo Cazaubon played at even-par 72 in the final round at the Dominican Republic Open on Sunday, to take a 3- shot win and the US$31,500 top prize. He had finished the week at 10-under-par 278, three strokes ahead of Santiago Rivas and Alexandre Rocha.

Hailing from Mexico Cazaubon, 25, had held the third-round lead, was up and down on the front nine, and then traded a bogey on two for a birdie on three before running off a trio of pars from four.

Another bogey on seven was later canceled out by a birdie on nine and Cazaubon made the turn at even par at Casa de Campo’s Teeth of the Dog links.

Dominican Willy Pumarol rebounded from a dismal Saturday to make the final round with 67 strokes.