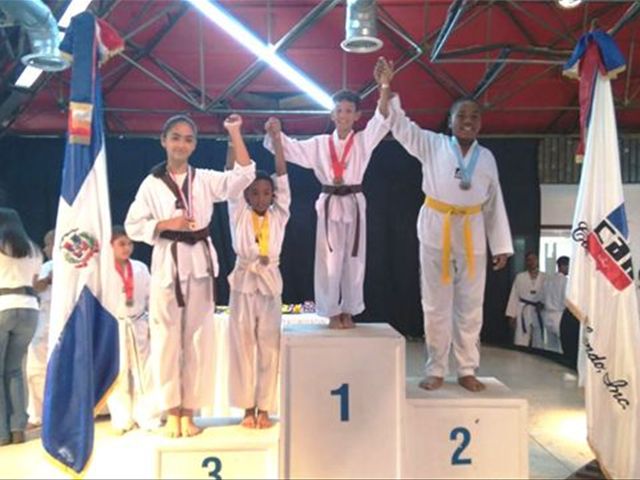 First place went tothe team from Club San Carlos, with a total 103 points and 2nd placewas won by hosts Club Arroyo Hondo with a total of 89 points, while Club Banreservastook third with a total 70 points.

Caribbean Health Taekwondorounded out the winners with 4th place and a total 40 points.

“We accomplished the participationof 15 clubs and schools across the country,” said CAH executive and tournamentorganizer Norberto Antonio Gonzalez Pineda.