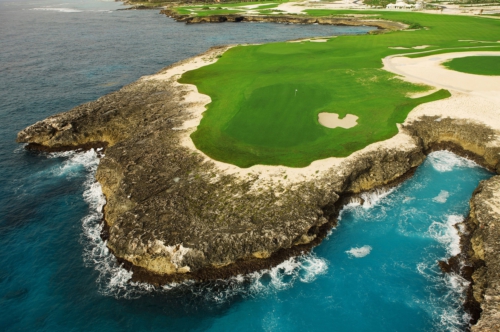 Santo Domingo.- The Dominican Republic will host its first PGA Tour event in 2018. Tour officials announced on Tuesday that the Corales Puntacana Resort & Club Championship will move from the Web.com Tour, where it will be played for the second time in May, to the PGA Tour starting next year, golfdigest.com reports.

Grupo Puntacana, which owns and operates Puntacana Resort & Club, signed a four-year agreement to hold the event on its Tom Fazio-designed Corales course. In 2018, it will be played March 22-25, the same week as the WGC-Dell Technologies Match Play Championship.

The outlet reports that for the last two years, that date on the PGA Tour calendar has been occupied by the Puerto Rico Open. What that means for the 10-year-old event is unclear. Asked to comment about the impact the new tournament has on the Puerto Rico event, a PGA Tour official said that “information on Puerto Rico will be forthcoming.”