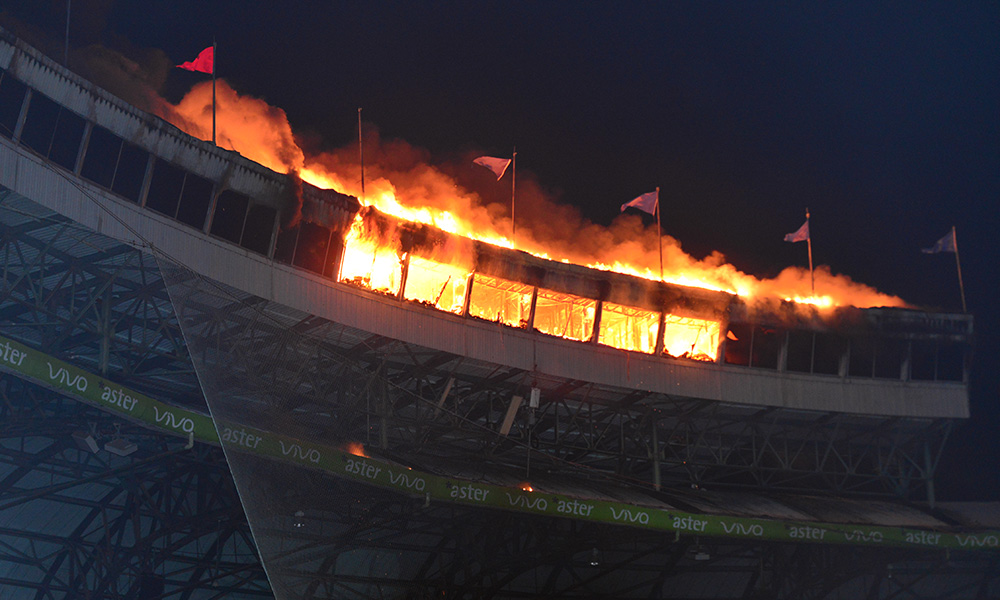 Santo Domingo.- A fire caused serious damage to the press stand at the Quisqueya Baseball Stadium Wednesday night. The cause is unknown.

The fire broke out before the game between the Gigantes del Cibao and the Leones del Escogido when smoke was first spotted coming out of the area known as the “seventh heaven” after 6:00 p.m. The players, staff and public were quickly evacuated and the game was suspended. Thursday’s game between Aguilas and Licey has also been called off.

Firefighters worked for several hours to extinguish the blaze and prevent it from spreading.

As well as the press stand, the fire is thought to have affected the cafeteria and the transmission section. No injuries were reported but the damage to the installations and equipment is reported to be extensive. A Ministry of Public Works commission will conduct an assessment.