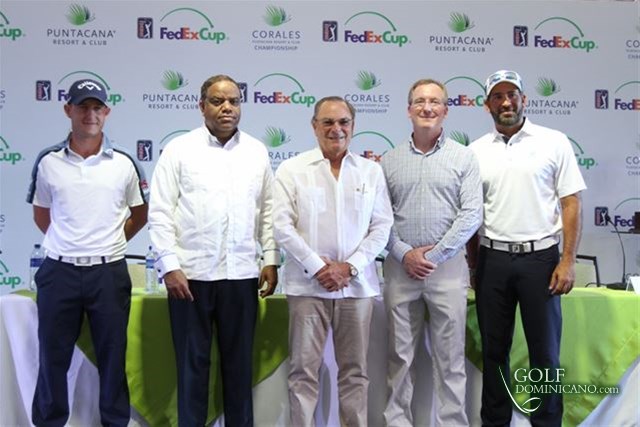 With a field of 132 players from around the world who will be competing to share a US$3.0 million purse and accumulate points for the FEDEXCUP and world ranking.

The PGA Tour, the main professional male golf circuit, is held for the first time in the country until March 25.

Accompanying this list are five Dominicans who will have the opportunity to participate in an event of that category: Hiram Silfa, George Riley, Julio Santos, Willy Pumarol and the amateur Rhadamés Peña.

Grupo Puntacana CEO Frank Rainieri said :”The PGA Tour will set a precedent in the golf industry in our country and will definitely have an impact on tourism promotion.”

John Wolf, executive of PGA Tour said he was happy to be part of this historic moment in the Dominican Republic.