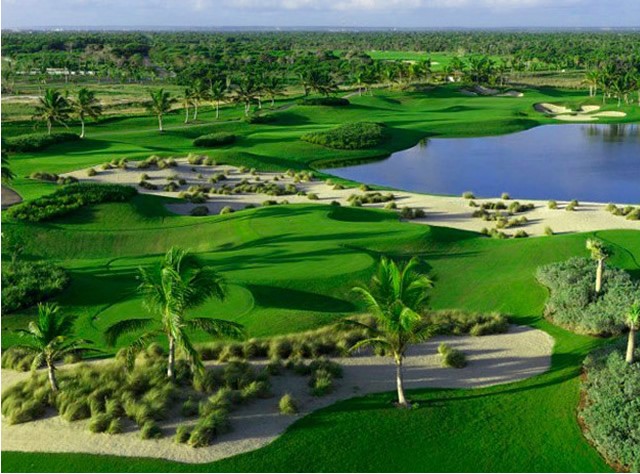 Punta Cana, Dominican Republic.- For the second year running, Puntacana Resort & Club will serve as the host organization for the PGA TOUR in the Dominican Republic, the main American professional golf circuit for men.

The 2019 Corales Puntacana Resort & Club Championship will be held at the Tom Fazio-designed Corales course from March 25-31, where more than 132 professional players will have the chance to earn FedEx Cup points and carry a purse of US$3 million.

The first edition was celebrated on March 19-25, 2018 where the American Brice Garnett was awarded as the great winner. The tournament hosted professional players, such as Davis Love III and Jim Furyk, and the former Dallas Cowboys player Tony Romo, who participated as a sponsor’s exemption.

Golf fans, homeowners, sponsors, press and guests were all part of this event, which had an attendance of over 20,000 people and a total reach of one billion spectators in 226 territories of the world through local and international networks such as NBC and Golf Channel. By a four-year agreement, Puntacana Resort & Club will continue to serve as the host in the Dominican Republic for this high-status tournament.

Opened in 2010, Corales is an exclusive and dramatic 18-hole course with six Caribbean ocean-side holes. Located along the natural cliffs, bays, ocean coves and the inland lakes and coralline quarries, this course rates among the world’s finest golf experiences.

The exhilarating challenge culminates playing the Devil’s Elbow, Corales’ last three holes. The Devil’s Elbow features the striking eighteenth hole with a dramatic forced carry over the cliff lined bay of Corales, an inspired capstone to a memorable and breathtaking golf experience.