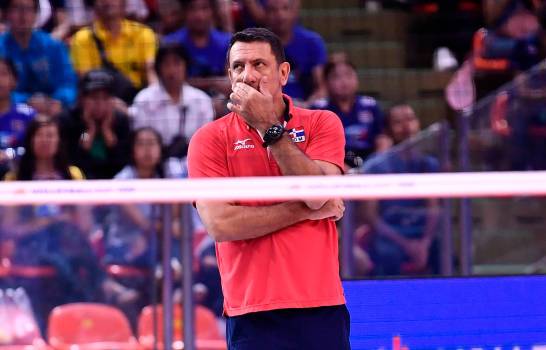 The demanding season of the Queens of the Caribbean culminated with an unusual result for Dominican representation in elite women’s volleyball. What is still a dream for the teams of the Dominican Republic as a whole, is a reality for the national women’s volleyball team.The women’s team is ranked 10 in the world ranking of the International Volleyball Federation (FIVB), according to the last hierarchy of the entity issued on September 29. The Dominican team remained in the 10th position. By January it is possible that satisfactory changes will occur.

In the next ranking, accompanied by the new year, the Dominican team defeated seven of the countries that are ahead in order of hierarchy.

And that is the satisfaction for coach Marcos Kwiek. “It’s the first time,” says the Brazilian-born technician.

The Dominican Republic defeated the United States twice (League of Volleyball Nations -LNV- and Norceca, of San Juan Puerto Rico); to Brazil, Russia, Japan, all in the League of Nations, to Korea (League of Nations and World Cup in Japan) and Serbia and Holland (World Cup).

The world ranking shows China at the top of the world rankings; followed by the United States in second; Serbia, Brazil, Russia, the Netherlands, Japan, eighth Italy, and Korea in the ninth place.

Of that list, China and Italy were the only ones who left smiling at the Queens, who lost twice to China, both in the LNV and the Cup and Italy in the League. The Italian team did not go to the Cup. “That means a lot,” Kwiek acknowledges for the growth of his Queens.

The United States lost seven times in 2019, takes two defeats of the merengueras, the most painful of the Norceca, in San Juan Puerto Rico. The Koreans also suffered two losses.

The Queens finished 2019 with a record of 9 wins and 11 losses between the mentioned championships, including here the Inter-Continental Intercontinental, which was played in Brazil and where they lost to this country 3-2.

Kwiek emphasizes two points: the victory over the United States, but in the same way in what the season was. “It was not a game: – as to say – ah no, it was a luck, a bad day of the United States, or that it was a game that – we – everything went well. No, we had a very solid year that led us to that victory” where Norceca’s gold was won.

And all of that is “regardless of whether you are with your team A, B, C, it doesn’t matter” and that is how each country faces the competition it has according to its needs. “For us, it is a very great achievement.”

Kwiek has a clear picture of the reality of Dominican volleyball with respect to his World Cup rivals.

He explains it this way, based on the fact that “the important thing for progress is to keep up. And keep moving forward,” something that sometimes marks this team. “We can’t go back. That is a difficult thing, maintaining that level of play is extremely difficult. Mainly because of the working conditions we have.”

And this is the nerve point of the reality of volleyball, which after all touches other sports. Kwiek refers to everything that the work entails for a world-wide team “of this level.”

The stage where he trains the women’s team, both in the Volleyball Pavilion or the Ricardo Georiver Arias National Palace in the Juan Pablo Duarte Olympic Center, lacks the necessary equipment for a team with the level of the Queens.

He adds in this regard: “We are talking about a country that is now tenth in the world, but with working conditions of” … here I interrupt – 25 or 30 of the ranking? – “and careful,” he concludes.