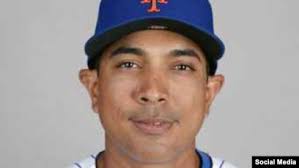 New York.- The New York Mets have named Dominican Luis Rojas as their new manager, general manager Brodie Van Wagenen said Wednesday. “I think he is the ideal fit person,” said Van Wagenen. “It is the culture we want to create.”

Rojas, who served as a quality control coach, replaces Carlos Beltrán, who was involved in the signal stealing scandal of the Houston Astros.

Van Wagenen said the agreement with Rojas will be multi-annual.

Rojas, 38, is the son of Felipe Rojas Alou, former manager of the Montreal Expos and the San Francisco Giants, and brother of retired Major League player Moisés Alou.

He will be the sixth Dominican with the position of manager in the majors, following in the footsteps of his father, Tony Peña, Luis Pujols, Juan Samuel and Manny Acta.