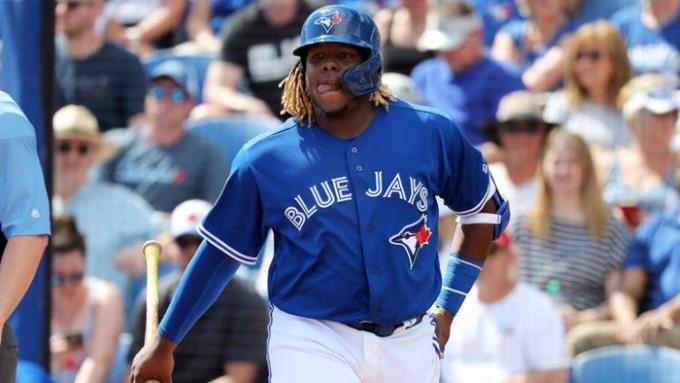 Vladimir Guerrero Jr. is one of the emerging figures in Major League Baseball.

The Blue Jays were the first Major League team to have six players from the Dominican Republic in their starting lineup.

The Blue Jays will transfer their players to their Florida facility pending the government of Canada to authorize them to play in Toronto amid the coronavirus pandemic.

Ontario Provincial Prime Minister Doug Ford noted that municipal, provincial and federal authorities “gave their approval” but that the Blue Jays are waiting to receive a letter of support from the federal government.

He also indicated that Dr. David Williams, Ontario’s chief health officer, has requested some modifications to the protocol presented by MLB for playing, which health authorities are examining.

Ford said it had conversations with Blue Jays president Mark Shapiro throughout the weekend.

The team later reported that it will begin gathering its players and employees at its preseason headquarters in Dunedin, Florida, to begin diagnostic testing of its players.

“The team will proceed to take a charter flight to Toronto to begin training under a different quarantine, isolated from the population, or will stay in Florida to train,” they said in a statement.

“The Blue Jays are confident of training and playing their regular-season games in Toronto and will continue to work towards that possibility,” they added.

Anna Maddison, a spokeswoman for the Canadian Public Health Agency, said the federal government is consulting with the Blue Jays about the situation. Maddison that the Toronto and Ontario health authorities are also in contact with the Blue Jays.

Dr. Andrew Morris, professor of infectious diseases at the University of Toronto and medical director of the Antibiotic Control Program of the Sinai University health network, said it would be a bad example for governments to turn a blind eye to the public health in order to allow the resumption of professional sports just as Ontario begins to contain COVID-19 cases.

“This sets a very worrying precedent by allowing people from high prevalence areas to come in and removing the quarantine requirement from them,” Morris said. “We have been very cautious about opening our border. It seems like now it’s about core issues plus baseball.”

MLB requires an exemption, as any individual who enters Canada for non-essential reasons must be quarantined for 14 days, and the U.S.-Canada border remains closed for non-critical travel until at least July 21.

A senior federal government official said last week that if MLB presents the government with an acceptable plan to restart, they could provide them with an exception letter similar to the one obtained by the NHL, ice hockey league. The official spoke on condition of anonymity because they are not authorized to speak in public about the matter.

MLB announced last week that it will host a 60-game regular season beginning July 23-24 in stadiums with no fans.