Soterio Ramírez was announced as an Immortal of Dominican Sports 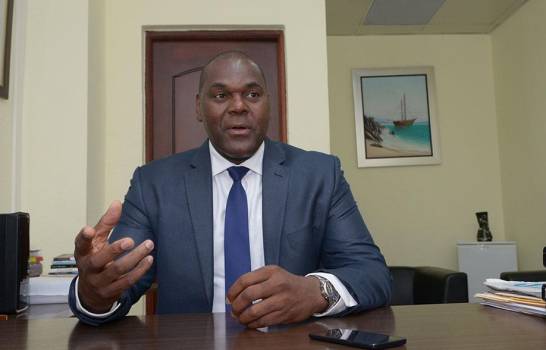 Rebounder Soterio Ramírez was announced as a member of the class of 2020 at the ceremony for the Dominican Sports Hall of Fame. (External source)

Soterio Ramírez, one of the most effective rebounders of all time in Dominican basketball, has been announced by the Hall of Fame as an immortal of the sport, as a new member in the class of 2020.

Ramírez views this all as a dream come true that he longed for years. Next Sunday, November 15, the dream will crystallize when he is exalted to immortality as a great of Dominican sports.

Its election was in charge of the various sportswriters’ associations nationwide, which each year can select two athletes.

The president of the Dominican Sports Hall of Fame, Dr. Dionisio Guzmán, said that Ramírez received the approval of most of the chroniclers who were kind enough to cast their votes. He stressed that Ramírez was elected with 85 percent of the votes cast.

Ramírez is the fifth chosen from ten athletes who will enter this year the temple of immortality. Previously, the former player Mendy López, the also basketball player Víctor Chacón and the promoters Rolando Miranda and José León Asencio, a patron among the businessmen who have offered the most support to the national sport, have been chosen.

Soterio was born on April 22, 1967 in the municipality of Villa Altagracia, San Cristóbal province, from the marriage of Severiano Ramírez and Enoema Martínez.

He leads a family of athletes who have excelled at the highest competitive level, such as his nephews Jack Michael Martínez, another sturdy rebounder who awaits a place in the immortal niche, and the volleyball players Brayelin and Jineiry Martínez, two backbones of the national senior team.

He played actively for 14 in the district basketball and spent nine years with the national team, performing power forward and center, between 1990 and 1999.

His most outstanding achievement wearing the tricolor shirt was when he won the gold medal, with him as the national team’s backbone, in the 1998 Central American and Caribbean Sports Games, held in Maracaibo, Venezuela. Miguel Cruceta was the coach of that team.

Ramírez, despite his 6’8 height, was an intelligent player who knew how to win his position very well in the paint zone, which allowed him to be a magnificent rebounder in the national championships and with the national team.

The phenomenal athlete represented the Dominican Republic in two versions of the Central American and Caribbean Games (Mexico ’90 and Maracaibo ’98); in three Centrobasket and three Pre-Olympic Games in Argentina ’95, Uruguay ’97, and Puerto Rico ’99).

As a member of the Dominican team, he obtained a gold medal at the Central American Games in Maracaibo, Venezuela, a silver one at Centrobasket ’95 in Santo Domingo, and two bronzes in Honduras ’97 and Havana, Cuba, in 1999.