Pedro Martínez is the most popular sports figure in Dominican history 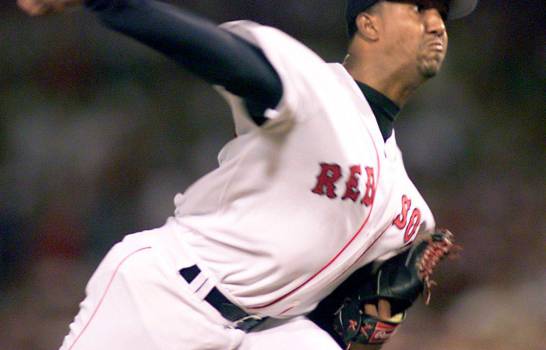 Pedro Martínez, a member of the Major League Baseball Hall of Fame.

Three-time Cy Young Award winner and Boston Red Sox champion Pedro Martínez is the most popular sports figure in the Dominican Republic history, confirmed by a poll conducted by Diario Libre on its website.

In the poll which asked the question: Which is the most popular sports figure in the history of the Dominican Republic, conducted through diariolibre.com, and in which 4,845 people participated, Martinez dominated in the same way as he did in his 18-year career in the Major Leagues.

A total of 1,097 people responded in favor of Martinez for 23 percent of all votes cast.

Martinez’s level of popularity is well known in the country; his games with the Boston Red Sox between 1999 and 2004 were a curfew that incomparably paralyzed the country.

From choruses in grocery stores, university classes that were stopped, and meetings among friends with the pretext of “today Pedro is pitching” were usual every five days in his heyday. He became the best pitcher of his generation.

Martinez put a “stop” to all the activities in the Dominican Republic when Pedro pitched. The Major League Baseball broadcasts for those games doubled and even tripled the advertising placement due to Pedro’s great attention.

The recently deceased Jack Veneno, with 727 votes, or 15 percent of the votes in second place. Seventy-seven percent of those votes were cast by those over 45 years of age.

The poll was conducted between April 15 and 22, and diariolibre.com readers could choose from a pool of more than 50 sports figures.

Ortiz’s charisma, combined with his success with the Boston Red Sox, keeps him in this top spot in the poll.

In fifth place comes the name of Sammy Sosa, the Chicago Cubs superstar and the man with 609 career home runs, with 623 votes for 13 percent of the total.

Sosa was legendary in the 1998 season when he and Mark McGwire starred in the excellent home run battle that ended up breaking Roger Maris’ record of 61 home runs, with Sosa winning that season’s Most Valuable Player award.

Other standouts in the poll are Felix Sanchez (9%) and Albert Pujols (5%).