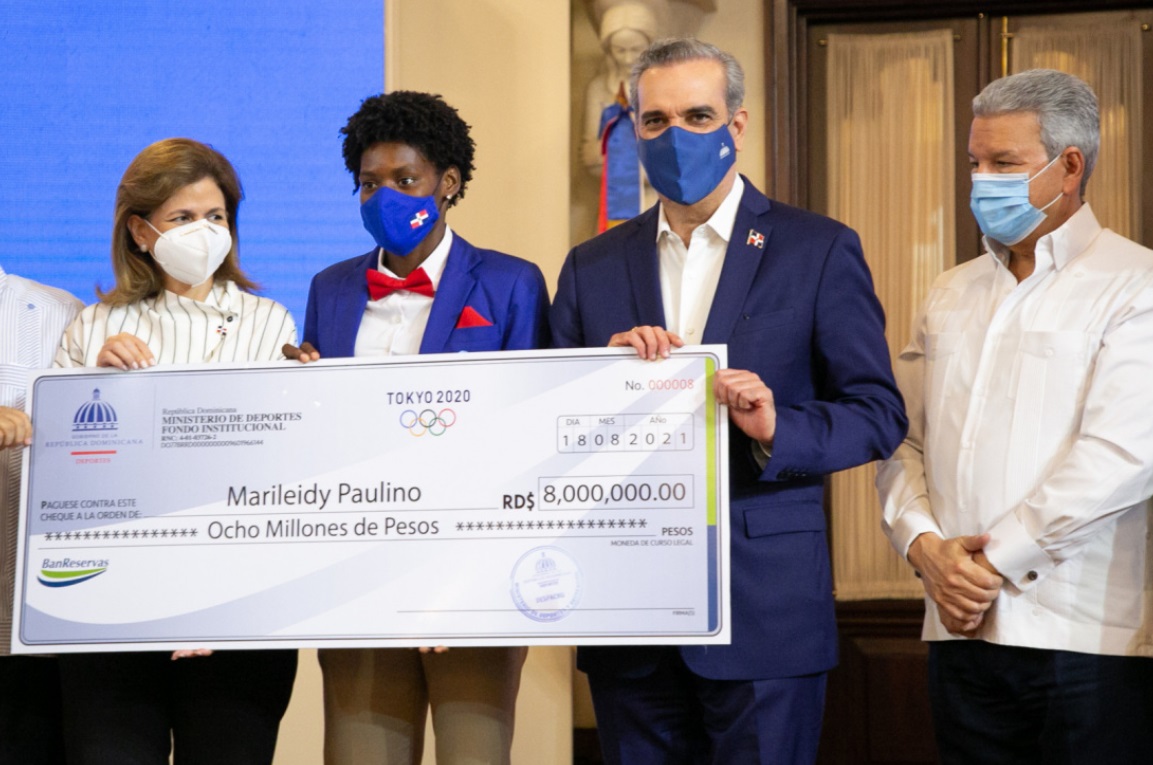 Santo Domingo.– The Dominican Government headed by President Luis Abinader, delivered on Thursday the money promised to the Olympic medalists, winners of the Tokyo 2020 Olympic Games.

“Champions, welcome back to your country, which welcomes you rejoicing with your great feat at the Tokyo 2020 Olympic Games, with a performance of historic results, which makes the whole country feel proud, for having had a delegation so committed and disciplined and even with record numbers,” said Abinader.

The president highlighted his happiness when he watched on television the sports event based in Tokyo where the 66 national athletes participated, who proudly waved the Dominican flag.

“I cannot tell you how proud I was; I was proud with these five medals won by our delegation, in an unprecedented event, behind great Ibero-Americans powers in sports such as Spain and Cuba, and placing us above Latin American countries like Mexico,” he added.

“You are the Homeland and you have made us feel the best pride. Keep earning medals and we and the government will continue to support you. You can count on me and the Dominican people,” Abinader said.

Similarly, the Creating Olympic Dreams (CRESO) president Felipe Vicini added how difficult it is to classify and play in the Olympic Games, and considered the Dominican delegation as national heroes for reaching Tokyo 2020.

The beneficiaries are Marileidy Paulino, who received a reward of RD$8 million for her silver medal in the 400 meters. Likewise, Luguelín Santos, Anabel Medina, Lidio Féliz, Alexi Ogando, Fiordaliza Cofil, with eight million pesos divided among the winners.