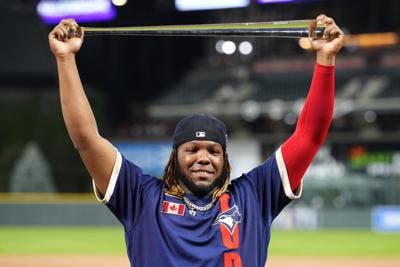 Santo Domingo.- When there is only this week left in the Major League Baseball regular season, Dominicans Vladimir Guerrero Jr., Fernando Tatis Jr., and Juan Soto have been the most outstanding Dominicans in 2021.

Guerrero Jr. has been the offensive leader of the Toronto Blue Jays and in the 155 games he has played he is second in batting average in the American League, with .315, in addition to .405 on-base percentage and .601 slugging percentage, the best of the American League in the last two categories mentioned.

But his 46 home runs keep him the major league leader, as do his 120 runs.