Mariel Villalona Player of the Year champion in golf

Mariel Villalona won the Pink Tour in category B, received the trophy and serves, elected player of the Year, with the highest score. 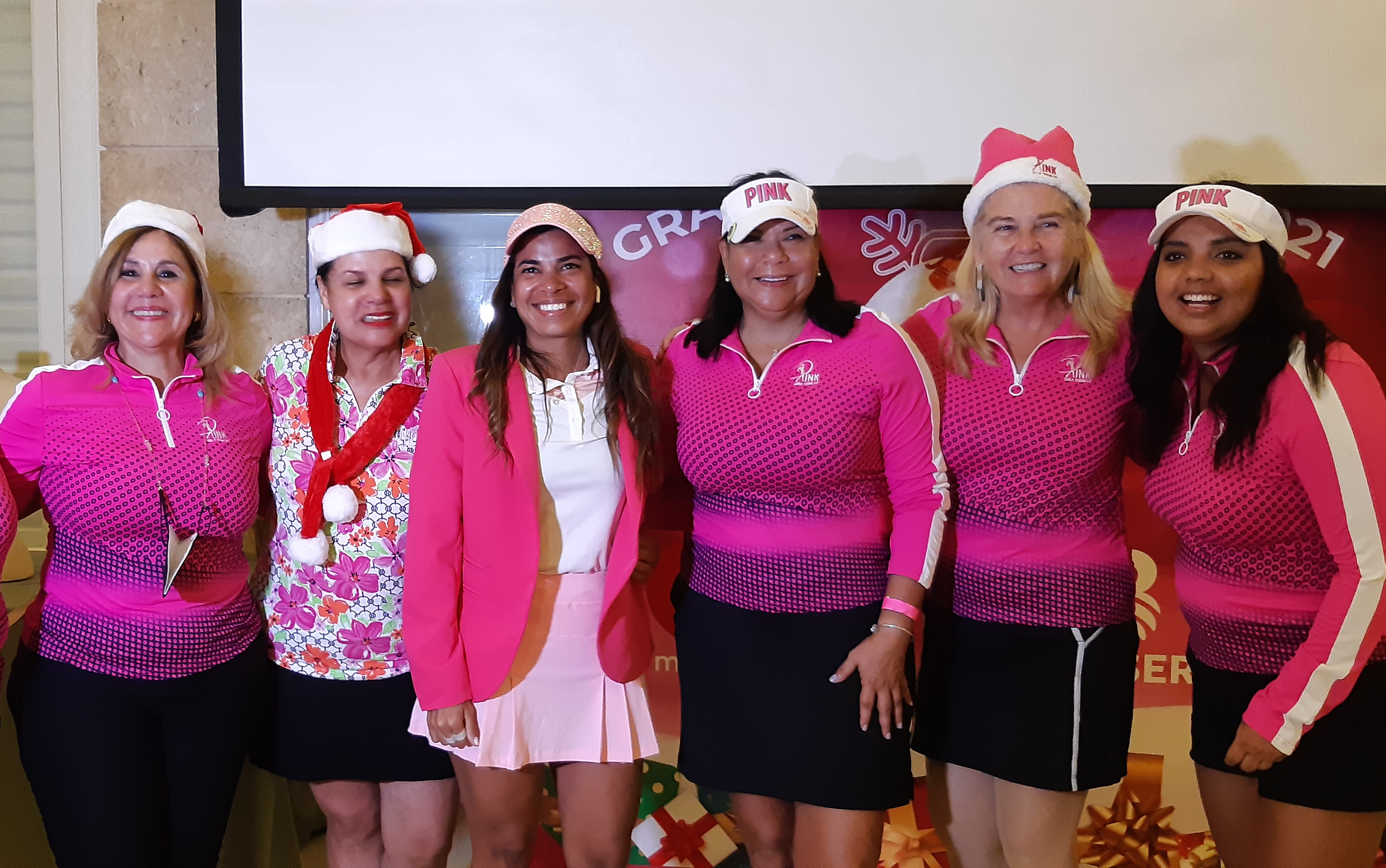 The outstanding golfer Mariel Villalona was crowned champion of the Pink Golf Tour in category B and Player of the Year with the highest score of the event in 2021. She was awarded for her work and dedication.

Elisabeth Pérez, president of the Pink League; Franchesca Páez and the Steering Committee of the Pink Tour, made the award in an act prepared for the occasion. The Pink Golf Tour DR was founded in 2017, with the main objective of reactivating women’s golf in the country by integrating players from various areas and clubs. Mariel is the first player of the Pink Tour to win in different categories in consecutive years, last 2020 she won in category C and this year in category B.

As a prize, she received the Pink jacket and matching custom golf bag with her name as well as several trophies.

Mariel is the daughter of Rafael Villalona Calero, former president of Fedogolf, who is also a very successful player of the sport.