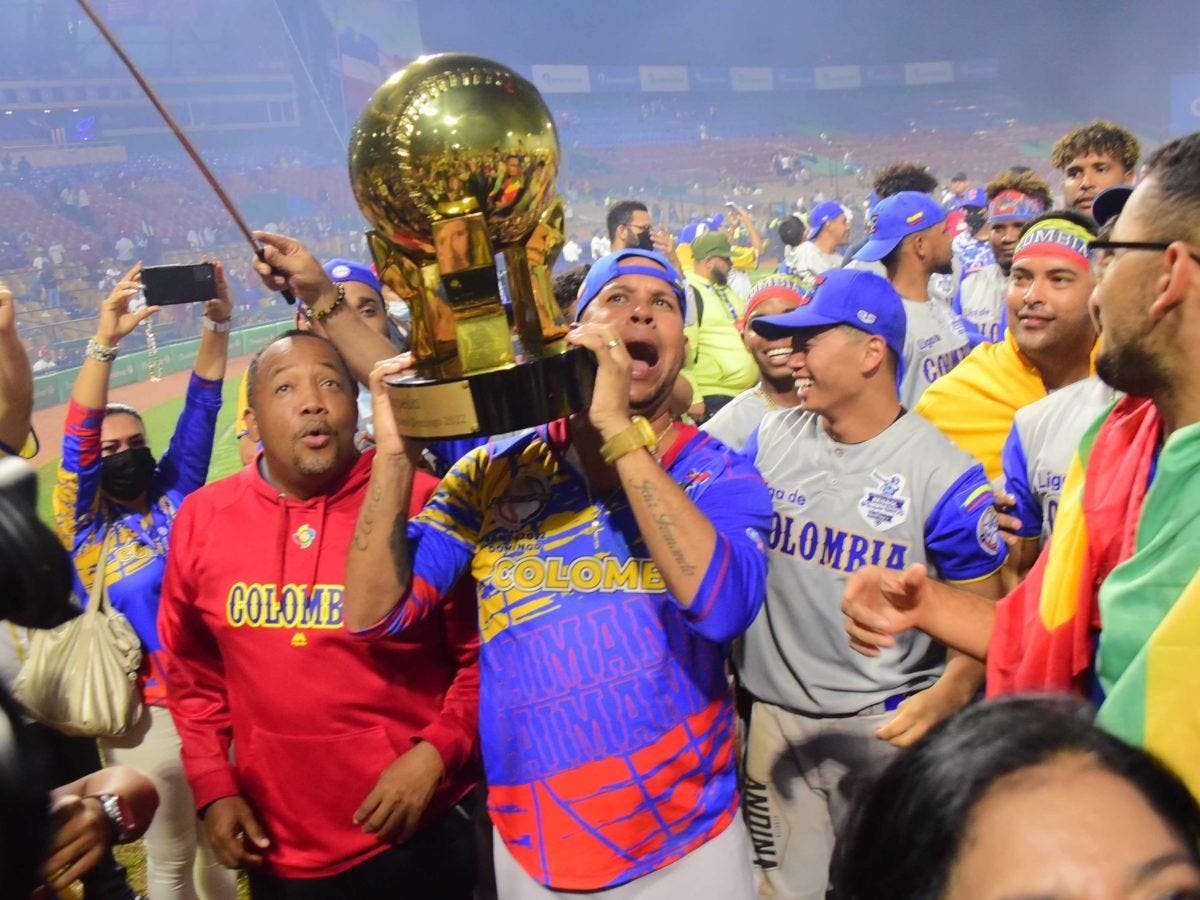 The new champions of the Caribbean Series, Caimanes of Colombia, lifted the Champions Cup with the support of several Dominicans. (Carlos Alonzo).

Pitcher Fernando Perez has already landed a job with the Leones del Escogido, and Eneury Garcia has signed with the Tigres del Licey for October 2022.
The presence of Dominican players on the roster of the Caimanes of Colombia, the new champions of the Caribbean Series, was key to lifting the cup last Thursday night when they defeated the Dominican Republic 4-1.

It was the second defeat inflicted by the Colombians on the home team in the Caribbean Series. Pitchers Fernando Pérez and Eneury García were important in the pitching staff of the Caimanes.

The Dominican Fernando Perez defeated the Dominicans in the first game 2-1 when he allowed four hits and one run, transferred one, and struck out four. The Dominican Eneury García worked six innings in the game that defeated Magallanes to advance to the final.

He allowed one hit, four walks, and two strikeouts. Nevertheless, he was vital in the surprise of the Caimanes in the Caribbean Series. On his side, the batting coach, Dominican Mendy López, said that he received permission from the Gigantes del Cibao to join the Caimanes. “These guys gave their hearts and deserved the trophy,” said Lopez.

Nineteen players from the Dominican Republic were distributed among five teams.
The champion Caimanes led the group of Creoles with eight; Panama had six, Puerto Rico four, and Venezuela one.

Excuses and more excuses! There is no word to describe the biggest betrayal to DR in sports: Baseball (World Classic and Caribbean Series).
You have failed. You are worthless. You are a fine mess. You have no rights to speak or critique. You deserve rejection, abandonment, and frankly, you let professionalism sack amateurism and even at the professional level, you are a waste of time.
Shame on all of you! Don’t speak of Sosa, Ramirez, Papi, etc. They are useless. These are the moments that count and you couldn’t even beat, in your own turf, a soccer country in baseball!
Get lost!