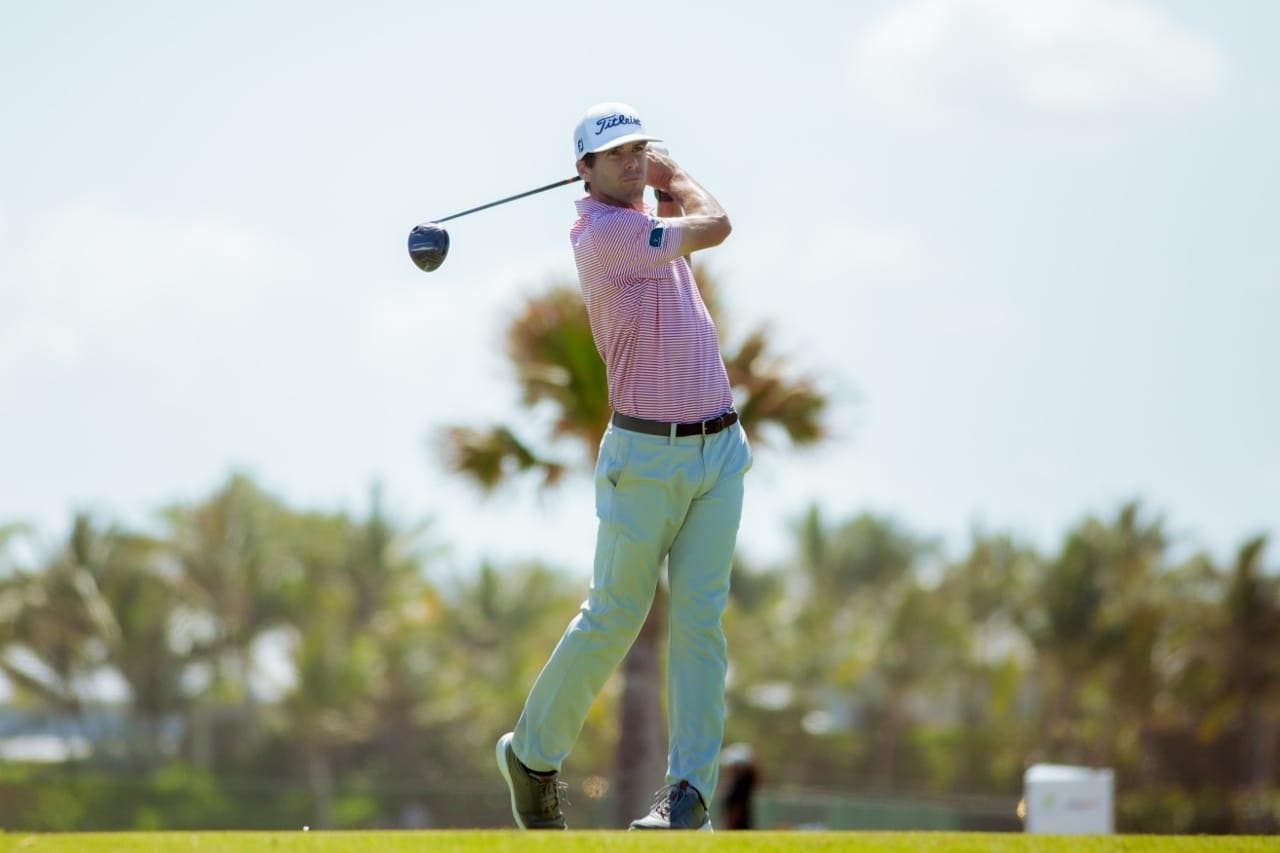 American Ben Martin during his performance yesterday, on the second day of the Corales Puntacana Championship PGA TOUR

On the second day of the competition, the 34-year-old Martin managed to equal the excellent score that he obtained on the previous day (66, -6). The American, after two days, accumulates an impressive -12.

Martin got off to a good start, with birdies on the first three holes (6, 7, and 8), the highest number achieved in the first two days of competition. In the second position finished, the rookie or Alex Smalley(-10), is chasing his first win on the PGA TOUR. Smalley participated in the 2020 and 2021 editions of the Corales Puntacana Championship. Chad Ramey escorted him (-9) and Adam Schenk (-9).

The players started the day with strong winds, and they assured me that this impacted the final scores. However, the winds dropped in the afternoon, giving the competitors a break. The competitions, which will continue today and end tomorrow, are held at Corales Puntacana Resort & Club. Sponsors include the Ministry of Tourism, Banreservas, Seguros Universal, and others.

Outstanding
Yesterday, Ben Martin matched his impressive performance from the day before to outperform his competitors and remain the event leader.

The event has a purse of 3.7 million dollars, the highest in the history of Dominican sports and valid for 300 FedExCup points. The winner will take home the amount of US$666,000

They did not pass
The Dominican players did not pass to the second round and ended as follows: Willy Pumarol (+1), Juan José Guerra (+1), Manuel Relancio (+5), and Hiram Silfa (+10)