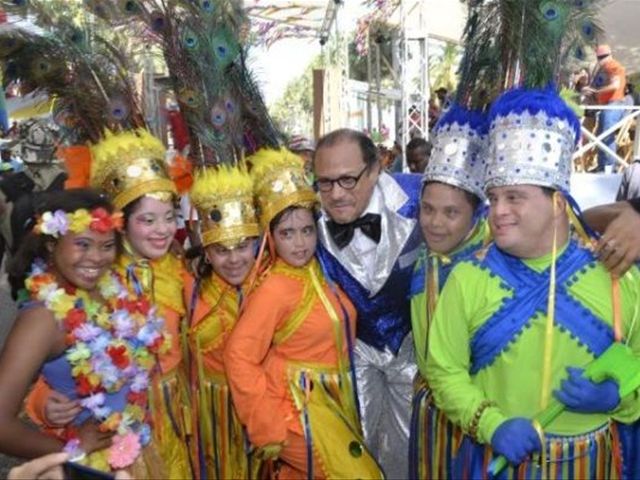 Santo Domingo.- Thousands of Dominicans from across Greater Santo Domingo and the interior as well as foreign visitors gathered along the seaside Malecon on Sunday to enjoy the capital’s National Carnaval Parade 2015, which featured around 300 floats, troupes and bands, including around 100 children.

The parade sponsored by the Culture Ministry included all of the country’s carnivals, led by merengue starts Miriam Cruz and Eddy Herrera, who sat on the official float and blew kisses and greetings to the raucous multitude.